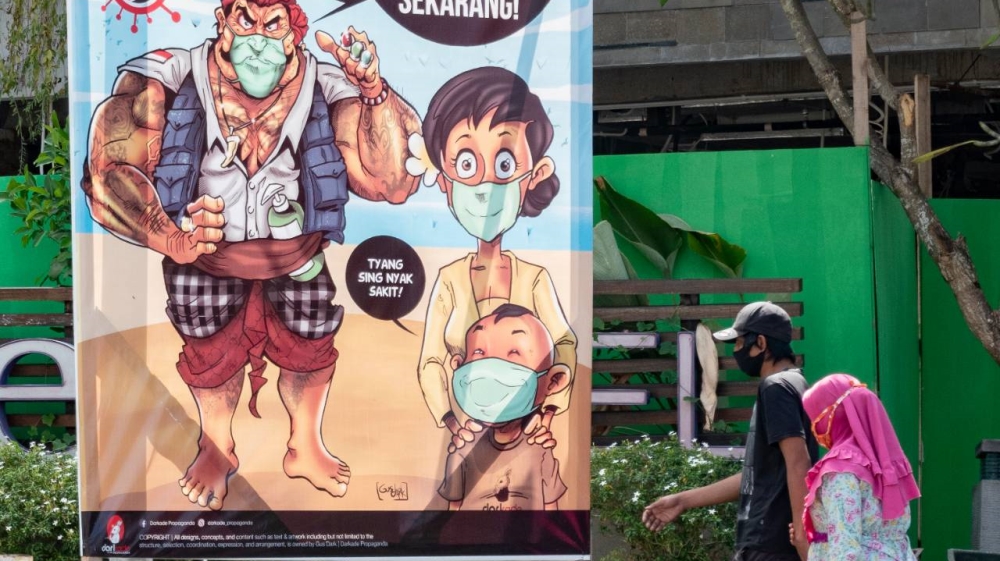 Jakarta, Indonesia – Medical experts have linked a surge in coronavirus cases on Bali to the inaccurate, low-cost rapid antibody test kits that are being used to screen domestic visitors to the Indonesian resort island.

Foreign tourists were banned from entering Indonesia on April 2, and while a plan to reopen Bali to international travellers this week has been dropped, domestic air travel resumed on July 31.

Since then, the island has been welcoming an average of 3,000 domestic tourists every day, mostly from the neighbouring island of Java, the country’s most densely populated province, and also the worst-hit by the pandemic.

Throughout July and the first half of August, the number of new confirmed cases in Bali fell as low as 27 cases per day on August 10, with a seven-day average of 40 new cases per day.

But two weeks after the resumption of domestic travel, confirmed cases on the island began spiking, with five record-breaking days peaking at 198 new cases on September 4. As of Tuesday, Bali had 6,385 confirmed cases and 116 deaths.

In order to enter Bali, visitors are required to present a negative rapid antibody test result that is no more than 14 days old.

They must also show no outward symptoms of the virus, such as a dry cough or fever, but Dr Dicky Budiman, an epidemiologist who has helped formulate Indonesia’s pandemic response for 20 years, says the screening protocol probably allowed more cases to enter Bali.

“Rapid antibody test kits do not detect current infections. They only detect if a person has been infected within a few weeks or months ago,” he said.

He also pointed out that the tests are “not specific” to COVID-19.

“If you test positive, you could have caught a different coronavirus from your dog. For this reason, Australia, England and India all stopped using them, because they are not accurate.”

The World Health Organization in Indonesia has said the use of antibody tests gives travellers with non-reactive results a “false sense of security” as the tests’ sensitivity to COVID-19 varies between 34 percent and 80 percent.

The Association of Indonesia’s Clinical Pathology and Laboratory Medicine Specialists puts the accuracy of these tests at lower than 50 percent.

Budiman says the best way to prevent domestic tourists with COVID-19 from spreading the virus in Bali is to change the screening protocol to a polymerase chain reaction (PCR) test – the ‘gold standard’ used to screen Indonesian citizens and permanent residents returning from overseas.

Bali has recorded at least 6,212 infections, with 105 deaths, according to the latest central government COVID-19 count on Sunday [Made Nagi/EPA]

“I have said since February that rapid antibody tests are not suitable to screen people coming to Bali. It is a cheap solution suitable for screening patients in the hospital, and if the patient is reactive they need to have a PCR test to confirm if they’re infected,” he said.

A reaction to the test means the person has antibodies to a virus, but if someone does not react to the test it does not mean they do not have the virus.

“They are interpreting the results the wrong way around,” Mahardika added. “Those with nonreactive results should have to have PCR tests on the spot or be quarantined.”

Ahmad Utomo, a Jakarta-based independent molecular biological consultant specialising in the diagnosis of lung infections, agreed that the results of rapid antibody tests were being misinterpreted in Indonesia.

“If a person is reactive, they are building their antibodies and I would feel safer around them than those whose test results are inactive,” he said.

“They are generally not used for screening. They are an epidemiological tool used to study the burden of disease in specific areas. I don’t know why they insist on them.”

But he is also sceptical about whether the surge in confirmed cases in Bali is related to the tests. He thinks the jump is more a reflection of people failing to follow guidelines designed to curb the virus’s spread.

“Just like East Java where cases are surging, it’s probably about the behaviour of the masses,” he said.

“People are holding public demonstrations, refusing any kind of tests, refusing to wear masks and not practising physical distancing because they don’t believe the disease is real. And it’s not entirely their fault.

“About 80 percent of cases in Indonesia are asymptomatic. Of the remaining 20 percent, only about half are in intensive care and the public do not see them. It’s not like people are dropping dead on the street.”

The authorities in Indonesia have not explained why – given the concerns about reliability – the rapid antibody tests continue to be used as a travel requirement.

The National COVID-19 Task Force and National Disaster Management Agency in Jakarta did not immediately respond to Al Jazeera.

On Monday, Bali announced that as part of its effort to contain the pandemic, it would start imposing fines of 100,000 rupiah ($6.77) on residents seen out without a face mask. 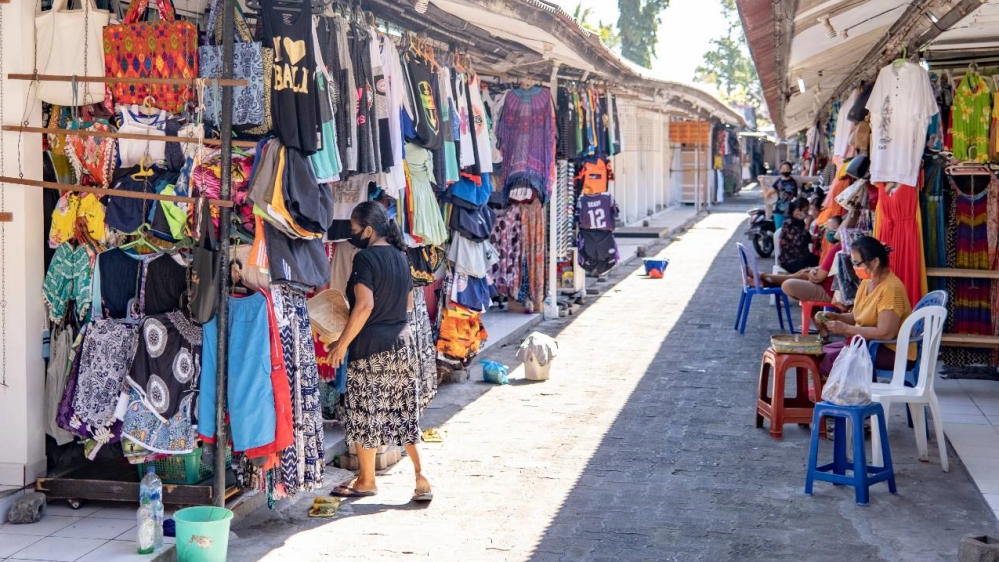 With incoming foreign tourists still banned in the entire country, domestic tourism is seen as a lifeline for Bali, where an estimated 50 to 80 percent of the economy is linked to tourism [Made Nagi/EPA]

Budiman, the epidemiology expert, believes the government made the decision because “they already bought millions of rapid antibody tests from China and want to use the stock”.

But others say the use of the tests is linked to the need to get the economy moving.

Writing in the academic website, The Conversation, University of Melbourne Indonesia experts Tim Mann and Tim Lindsey said the government was concerned that the struggling economy “could lead to more criticism of its handling of the crisis – and possibly social unrest”.

The economic impact has been especially felt in Bali, where estimates show at least half, and perhaps as much as 80 percent of gross domestic product is linked to tourism.

On September 1, President Joko Widodo acknowledged the Indonesian province with “the biggest economic contraction is Bali,” with negative growth of 11 percent.

Allowing domestic tourists to return to Bali is supposed to provide a much-needed economic lifeline for the island.

The antibody test costs about $10 per person.

But the PCR tests cost between $83 and $179, making them prohibitively expensive for many of the middle-class Indonesians who make up most of the country’s domestic tourism market.

“If everyone had to take PCR tests, the cost for a family could be $1,000,” a hotel executive in Bali told Al Jazeera on condition of anonymity.

“In that case, nobody would come.”