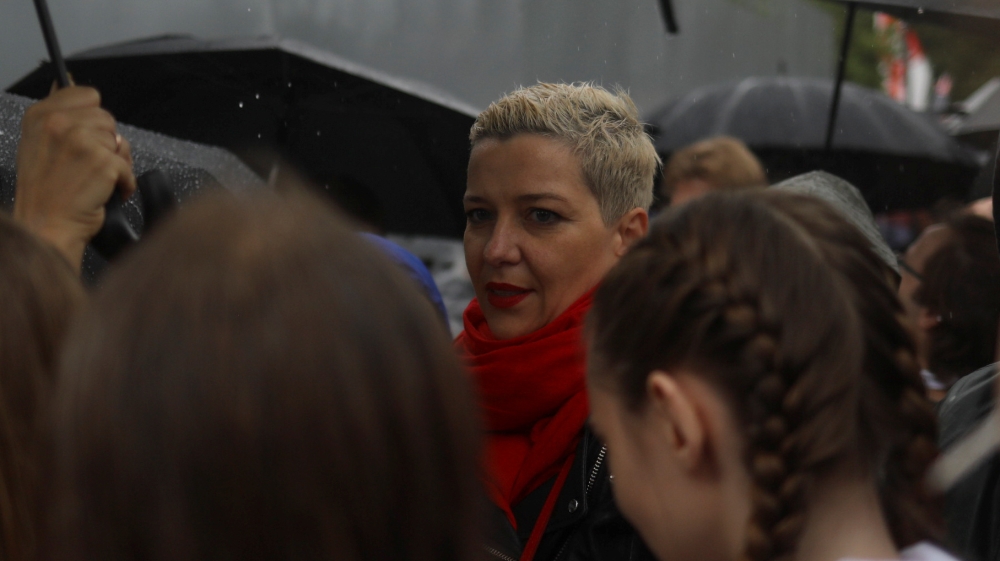 Belarusian protest leader Maria Kolesnikova has been abducted by unidentified people in central Minsk, according to the Belarusian Tut.By media outlet, citing a witness.

Police in Minsk said they had not arrested Kolesnikova, according to Russia’s Interfax news agency.

Kolesnikova is the last one left in Belarus of three female politicians who joined forces before an August 9 presidential election to try to challenge longtime leader Alexander Lukashenko.

A vocal critic of Lukashenko, she has played an important role in the country’s post-election political crisis which has seen weeks of mass protests and strikes by people who accuse Lukashenko of rigging his own re-election, something he denies.

Before the vote, Kolesnikova teamed up with opposition presidential candidate Svetlana Tikhanovskaya who later fled to Lithuania, and with Veronika Tsepkalo, who has also since left the country.

Another leading activist, Olga Kovalkova, arrived in Poland on Saturday, saying she had been told she would face arrest if she stayed in Belarus.

Earlier on Monday, central bank figures showed Belarus had burned through nearly one-sixth of its gold and foreign exchange reserves, or $1.4bn, in August, as it fought to prop up its rouble currency during the wave of unrest.

Kolesnikova had announced on August 31 that she was forming a new political party, Together, with the team of jailed opposition figure Viktor Babaryko with whom she had previously worked.

On Sunday, columns of protesters defied a government warning not to march, waving red-and-white opposition flags and shouting “go away” and “you’re a rat”.

Lukashenko has been in power since 1994 and, buoyed by a show of support from traditional ally Russia, has rejected calls for new elections.

Unprecedented protests broke out when he claimed he had been re-elected with 80 percent of the vote.

Daragh McDowell, principal analyst at the global consulting firm Verisk Maplecroft, said economic factors are playing a significant role in the demonstrations, with the country “rapidly running out of money”.

“The IT sector has been repeatedly undermined with the internet shutdowns to disrupt the protesters. We’ve also seen a lot of strikes in the state-owned sector as well. So the Belarussian economy is really on the brink,” McDowell told Al Jazeera.

“The people have lost their fear of Lukashenko, he’s lost a lot of his authority. No matter how many riot police he’s deployed to the streets, it just hasn’t stopped people from continuing to come out.”

Harrison to Graham: You can't give anybody lesson on telling truth