California farmworkers under strain amid wildfires and pandemic | News 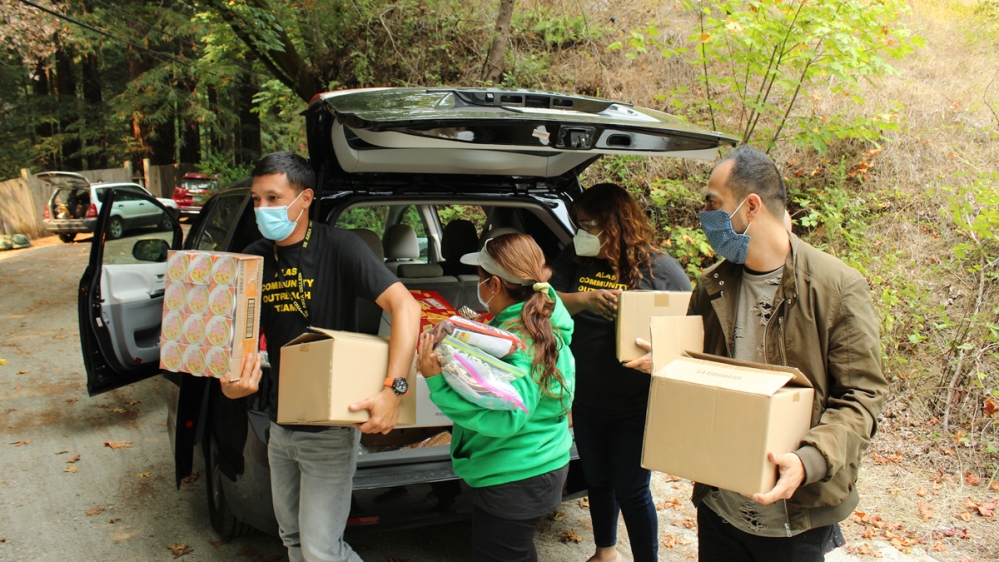 Alberto Menchaca, 37, has worked on the ranch for six years. Asked if the smoke makes it more difficult to perform the already strenuous task of picking crops, he nods.

“The smoke gets in your eyes, and in your lungs,” he said, adding that he was “a little” concerned about potential health effects.

Having been deemed essential workers, farm labourers have continued to work throughout the coronavirus pandemic, and with hundreds of wildfires scorching more than 600,000 hectares of land (1.5 million acres) across California in recent weeks, they face a difficult choice between working in the fields and exposing themselves to smoke-filled air, or giving up shifts that few can afford to pass up.

Yesenia Garcia, a 27-year-old mother of two who has worked on the farm since 2011, said the smoke made things more difficult. “It agitates your lungs a little,” she says. “Because schools are closed, my two children have to stay home. Now, with this smoke, they can’t even play outside.”

Farmworkers wash their hands before returning to work at a farm outside Half Moon Bay, California [Brian Osgood/Al Jazeera]

On August 16, lightning strikes ignited a series of fires that then merged together to become the CZU Lightning Complex Fire, which has burned more than 85,000 acres (34,400 hectares) of land in San Mateo and Santa Cruz counties, destroying 1,487 structures and killing at least one person.

In San Mateo County, evacuation orders went out to areas home to roughly 6,600 people. At the Good Living Inn in San Carlos, where Ayudando Latinos A Sonar (ALAS), a Latino cultural and social services group provided fire evacuees with breakfast, groceries, and face masks, the toll on workers living on ranches was on display.

Antonia Moreno, 55, described fleeing her home, as embers rained down and her grandchildren screamed. “We feared for our lives, and we had to leave everything behind, even my husband’s insulin and pictures of first communions. We’ve had nightmares every night since we’ve been evacuated. We have so much sadness.”

They have since been able to refill the insulin prescription of her husband, Tirso, a 66-year-old farmworker who has worked in Ano Nuevo for 20 years. But as she recalls the fear they felt during an evacuation, he is not there to console her: he is looking for work in the fields in the surrounding area.

“You talk to workers who are still in the fields in their 70s, even their 80s. They just can’t afford to stop,” says Joaquin Jimenez, an outreach coordinator with ALAS. At the evacuation centre over the mountains in Half Moon Bay, Mariela Lopez, a mental health worker with the nonprofit Puente, says, even amid the ordeal of evacuation, farmworkers are worried that they might miss out on work.

Cristina Zavala, 28, recently returned to her home in La Honda after a weeklong evacuation at a hotel in San Carlos. She said her grandparents are farmworkers at a ranch outside Pescadero. “I’m a little worried about their health, with all of the smoke in the air,” she said.

In California, more than 400,000 people work in the agricultural sector, a critical part of the country’s food supply chain. The gruelling work usually involves long hours bent over in the soil picking crops in stifling heat or the frigid cold of the early morning for about $14 per hour. Many of the farmworkers in the sector are undocumented, meaning that government assistance programmes, such as unemployment insurance and Medicaid, are not available to them.

The fear of deportation can also turn everyday affairs into anxiety-inducing events. “For an undocumented person, being asked for your social security number at a community health clinic can be a terrifying experience,” says Daniela Dominguez, an assistant professor of psychology at the University of San Francisco whose research focuses on the undocumented community in Sonoma County.

In addition to being low-paid, farm work is also seasonal, meaning that annual incomes often fall far below the full-time equivalent of their hourly wages. A 2016 report on farmworker housing in San Mateo County found that many live in packed homes, and that the median household income for farmworkers was just $26,000, although the California minimum wage has seen several increases since then. 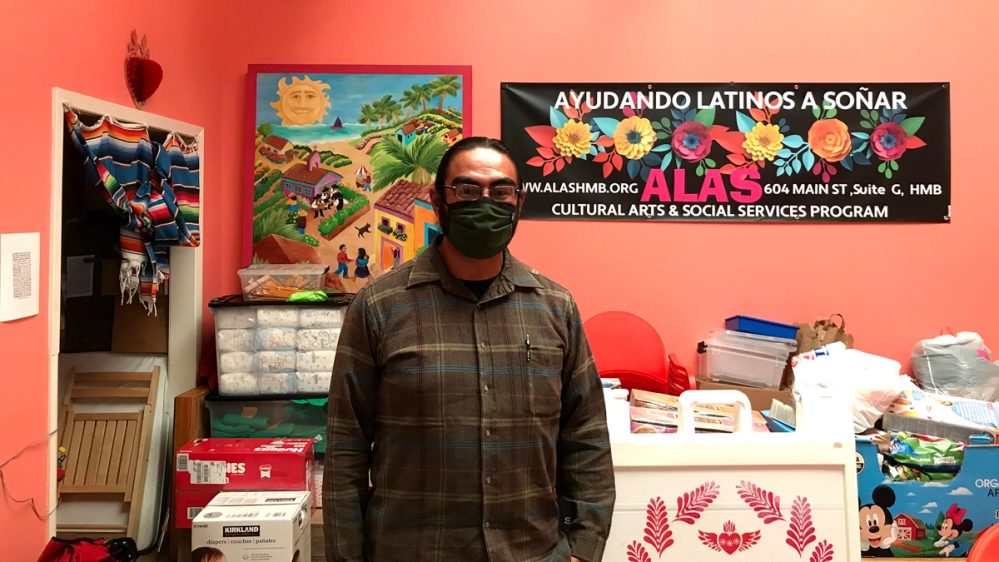 The COVID-19 pandemic has presented additional challenges for the farmworker community. “We’re still waiting on more data for a better picture of the effects of the virus, but agricultural production is about the same in 2020 as 2019, so work availability should reflect that,” said Philip Martin, professor emeritus of agricultural and resource economics at the University of California, Davis.

“But if there was one thing you could do to reduce farmworker incomes in 2020, it’s school closures. Workers have to stay home to watch their kids, or find someone else to do so. That puts pressure on people who already aren’t making a lot.”

Local community aid organisations, such as ALAS, have reported significant upticks in farmworkers’ use of food pantries and services like rental assistance in recent months. Even before the fires, ALAS was distributing groceries to farmworker families throughout San Mateo County.

“We’ve scaled up from six employees in March to 10 now,” said Belinda Hernandez-Arriaga, the founder of ALAS. “Sadly, it’s taken a pandemic for people to realise just how essential farmworkers are. These are such resilient communities, but they need help, and they aren’t used to asking for it.”

Some wonder how long the community can carry on. “How long can they keep tapping into that resilience?” said Dominguez.

“There’s so much stress in these communities, and I’m not sure I see those in influential positions making the structural changes, like immigration reform, or expanding Medicaid to undocumented people, they urgently need in order to thrive.”

While many evacuated families have been able to return to their homes, Yolanda Martinez, a mother of five, has now been evacuated for more than two weeks, first at the hotel in San Carlos, now at another hotel in San Mateo, wondering if her home has burned down, and worrying about her family’s future.

“If our home is gone, we’re going to be living on the street. We don’t have enough to make it right now … We’ve worked hard for everything. But if others don’t help us right now, who will?”

‘He inspires me to run faster’: Blind runner and running guide team up in NWA

IPL 2020 RR Vs MI: This Can Be The Playing Eleven Of Rajasthan And Mumbai, Learn Pitch Report And Match Prediction