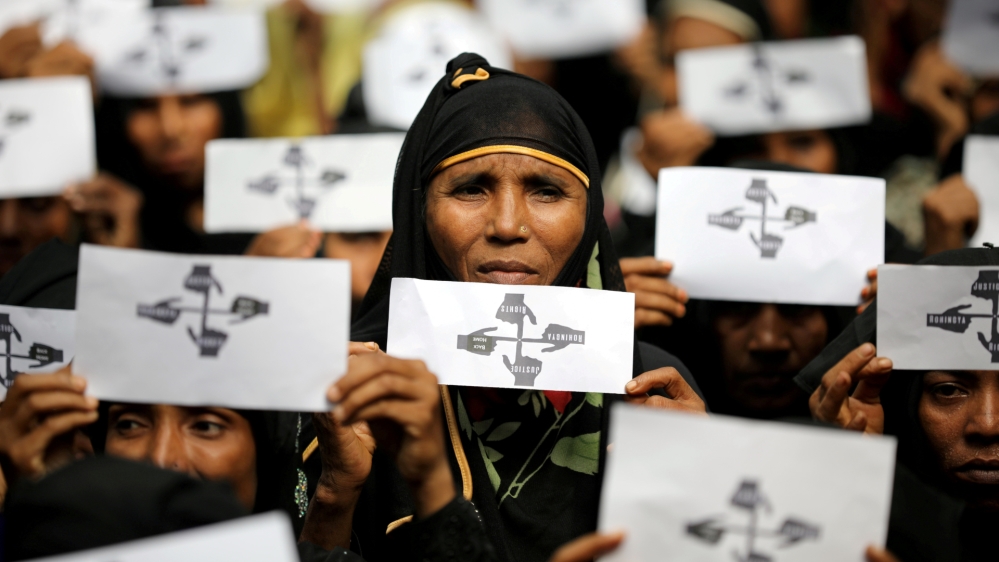 Canada and the Netherlands will formally join The Gambia’s legal bid to hold Myanmar accountable over allegations of genocide against its mostly-Muslim Rohingya minority in a move described by observers as historic.

In a joint statement on Wednesday, Canadian Foreign Minister Francois-Philippe Champagne and his Dutch counterpart Stef Blok said the two nations were intervening in the case before the International Court of Justice in order “to prevent the crime of genocide and hold those responsible to account”.

Calling the lawsuit “of concern to all of humanity,” Champagne and Blok said Canada and the Netherlands would “assist with the complex legal issues that are expected to arise and will pay special attention to crimes related to sexual and gender-based violence, including rape”.

More than 730,000 Rohingya fled their homes in Myanmar’s Rakhine state in August 2017, crossing the border into neighbouring Bangladesh where they now live in crowded refugee camps after the military launched a brutal crackdown in the western state.

Myanmar says the military action was a response to attacks by Rohingya armed groups in Rakhine. United Nations investigators concluded that the campaign had been executed with “genocidal intent”.

Champagne and Blok said in filing the case at the UN court, The Gambia “took a laudable step towards ending impunity for those committing atrocities in Myanmar”.

The New York-based Global Center for Justice welcomed the move by Canada and the Netherlands, calling it “nothing short of historic”.

Akila Radhakrishnan, the group’s president, said: “Just as important as their intention to intervene is their promise to focus on gendered crimes of genocide like sexual and gender-based violence, which was central to the atrocities against the Rohingya.”

She added: “Too often, gendered experiences do not translate to justice and accountability efforts and leave the primary targets of those crimes – women and girls – behind. This is an important step forward to address that gap and Canada and the Netherlands should be applauded for this move.”

Rohingya groups also welcomed the move, and urged others to follow their lead.

“Slowly, but surely, the net is closing in on Myanmar’s leaders – they will not get away with this genocide,” Tun Khin, president of the Burmese Rohingya Organisation UK said in a statement, describing Canada and the Netherlands as being on the right side of history.

“It is imperative that other states, including the United Kingdom, now stand on the right of justice for the Rohingya and other ethnic and religious minorities in Myanmar,” the statement added. “Justice is a core demand of all Rohingya people and particularly important for those inside the camps of Cox’s Bazar who have been forced to flee their homeland and live as refugees in a foreign state.”

Canada and the Netherlands also urged other states to support The Gambia’s legal fight, which was launched in November last year on behalf of the 57-nation Organisation of Islamic Cooperation.

In the lawsuit, the small West African country said that as a signatory to the 1948 Genocide Convention it had the obligation to prevent and punish genocide, no matter where it took place.

Relying heavily on UN reports documenting killings, mass rapes and widespread arson in Rohingya villages, The Gambia alleged Myanmar was committing “an ongoing genocide” against its Rohingya minority and called for emergency measures as a preliminary step to protect the long-persecuted minority.

Myanmar’s leader Aung San Suu Kyi attended the initial hearings at The Hague in December last year, calling on the 17-judge panel to dismiss the case. Rejecting the genocide claims, she warned the UN judges that allowing The Gambia’s case to go ahead risked reigniting the crisis and could “undermine reconciliation”.

The panel in January ordered Myanmar to take emergency measures to protect its Rohingya population, pending the fuller case.

Myanmar will now have to regularly report on its efforts to protect Rohingya from acts of genocide every six months until a final ruling is made, a process that could take years.

Although ICJ rulings are final and binding, countries have occasionally flouted them, and the court has no formal mechanism to enforce its decisions.

COVID-19 and the Shift to Online Learning — The Learning Scientists