China delays renewal of credentials for journalists at US media | News 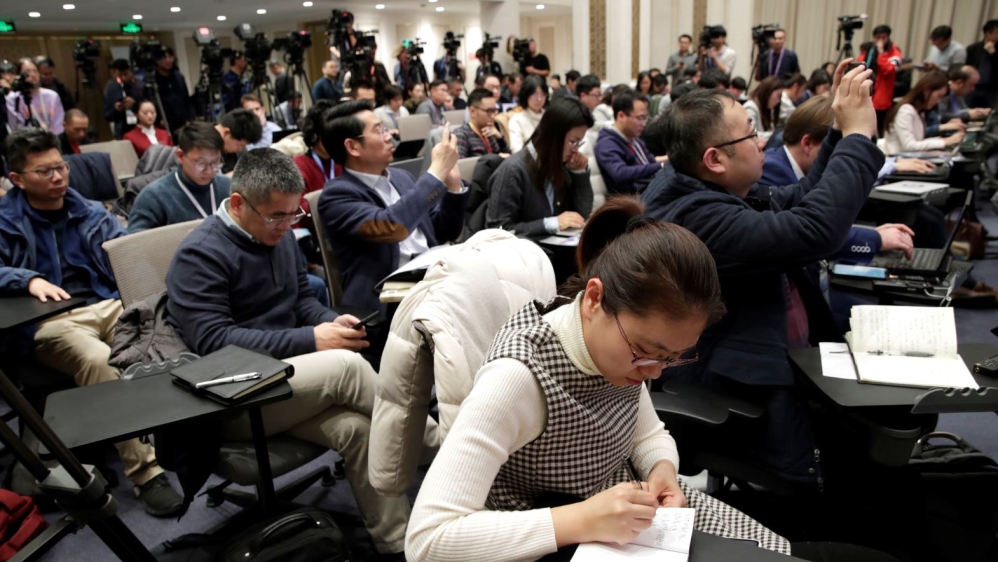 China has not renewed the expiring press credentials for some journalists working for several US media outlets, the latest move in an escalating standoff between the world’s top two economies over reporting in each other’s countries.

The Wall Street Journal and CNN reported that their respective journalists – Jeremy Page, a Briton, and David Culver, a US citizen – were issued letters allowing them to continue working in China with their expired press credentials.

Culver was told the arrangement had nothing to do with his reporting but was a “reciprocal measure” in response to the Trump administration’s treatment of Chinese journalists, CNN reported.

The Wall Street Journal reported that authorities had indicated the renewal of the press passes would depend on what happened with Chinese journalists in the US.

The Foreign Correspondents’ Club of China (FCC), said Bloomberg and another unnamed outled had also been targeted, adding that more foreign journalists are expected to receive similar treatment.

Chinese foreign ministry spokeswoman Hua Chunying said on Monday on Twitter that “we would be glad to continue our excellent cooperation with the US journalists here if Chinese journalists are treated fairly in the US.”

“CNN journalist and a few other US journalists’ visa extension applications are being processed, during which they can continue to live and work here with no problems at all,” she added.

We would be glad to continue our excellent cooperation with the #US journalists here if the Chinese journalists are treated fairly in the US.

Visas allowing foreign journalists to live in China are linked to their press credentials. The affected journalists could apply to renew their visas with the letter, but the new visa would only be valid for two months, CNN and the Wall Street Journal reported – shorter than the usual one year.

A CNN spokeswoman confirmed that one of its Beijing-based journalists was recently issued a visa valid for two months.

“However, our presence on the ground in China remains unchanged, and we are continuing to work with local authorities to ensure that continues,” she was quoted as saying by Reuters news agency.

Beijing and Washington, whose relations have deteriorated sharply over a range of issues, have exchanged several tit-for-tat actions involving journalists.

In March, the US slashed the number of Chinese nationals allowed to work at the US offices of Chinese state-owned media from 160 to 100.

China then expelled about a dozen American journalists working for the New York Times, Wall Street Journal and the Washington Post.

1/ The Foreign Correspondents’ Club of China is very alarmed that Chinese authorities have stopped renewing press credentials for journalists working at US news organizations.

In a series of Twitter posts, the FCCC expressed deep alarm at the Chinese government’s latest move.

“These coercive practices have again turned accredited foreign journalists in China into pawns in a wider diplomatic conflict. The FCCC calls on the Chinese government to halt this cycle of tit-for-tat reprisals in what is quickly becoming the darkest year yet for media freedoms,” it said.