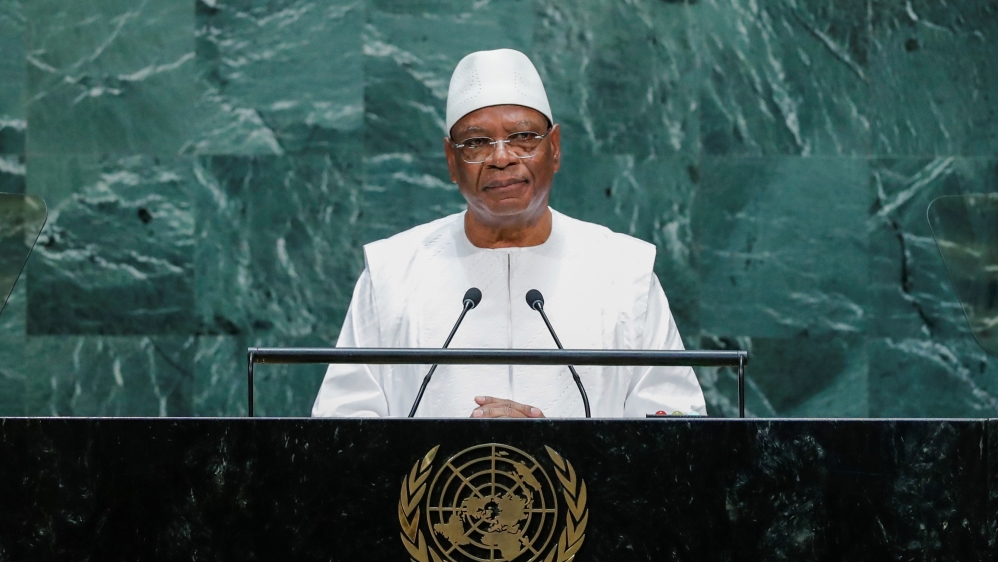 Mali’s overthrown President Ibrahim Boubacar Keita has left the country seeking medical treatment in the United Arab Emirates, officials have said, as talks over a transition to civilian rule after last month’s military coup got off to a chaotic start.

Keita, 75, was hospitalised in the capital Bamako on Tuesday, six days after he was released from detention by the military rulers, who seized power on August 18.

His former chief of staff, Mamadou Camara, told the Reuters news agency Keita left Bamako on Saturday evening on a plane chartered by the UAE at the request of Mali’s military rulers.

Keita’s health has been in question since he was hospitalised following his detention for 10 days by the army. His current medical condition is unclear. He had a benign tumour removed from his neck in 2016.

Keita, who was first elected in 2013, had three years left in his term when mutinous soldiers detained him at his residence after firing shots outside the house.

Hours later, he appeared in a midnight broadcast on state television, telling Malians he would resign immediately so no blood would be shed for him to stay in power.

West African leaders, fearing the coup could set a precedent that would undermine their power and an international fight against rebels in the wider Sahel region, initially insisted Keita be restored to power.

However, they have since dropped that demand and are now calling for elections within a year: A timeline the military government, the National Committee for the Salvation of the People (CNSP), has not committed to.

Talks over the shape of the transition period opened on Saturday with hundreds of representatives from the military government, political parties and civil society groups attending an opening ceremony in Bamako.

However, less than an hour after it began, supporters of the M5-RFP coalition, which led mass demonstrations against Keita before the coup, began to protest, accusing the military rulers of excluding them from most working groups.

M5-RFP supporters in the conference hall shouted down the moderator onstage, bringing proceedings to a halt.

The moderator later announced the M5-RFP would be able to participate in all of the working groups, which calmed the coalition’s supporters and allowed the event to resume.

The talks, which are also being held in regional capitals across Mali, are scheduled to continue on Sunday and then resume again late next week.