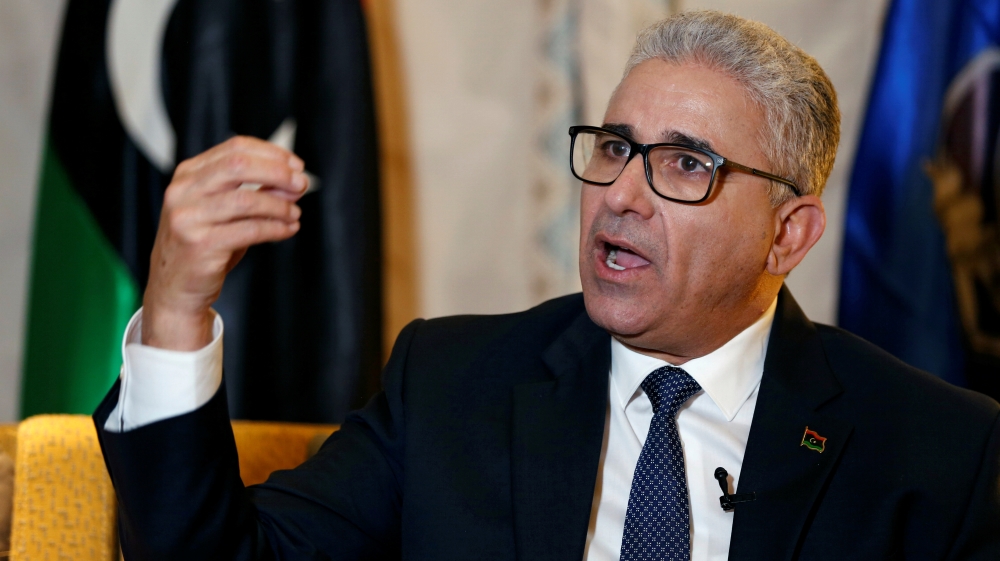 Libya’s internationally recognised Government of National Accord (GNA) has restored the interior minister to his post, after announcing his suspension last week following protests against corruption and poor living conditions.

In a Facebook post on Thursday, the Tripoli-based GNA said Prime Minister Fayez al-Sarraj had “lifted the temporary suspension” of Fathi Bashagha, who would return to his role the same day.

Bashagha also said in a statement posted online that he had been reinstated after a five-hour hearing about the demonstrations and the role of the security forces.

The minister had demanded a public hearing “to expose the facts”.

Bashagha’s return to office comes after hundreds of Libyans late last month staged several days of demonstrations in the capital and elsewhere in western Libya.

The protests have focused on a worsening electricity crisis with blackouts lasting for much of the day, even after a 14-month offensive by renegade military commander Khalifa Haftar’s forces to wrest control of Tripoli ended in June.

Bashagha said last week that armed men also kidnapped demonstrators, “sowing panic among the population and threatening security and public order”. He promised to “protect unarmed civilians from the brutality of a gang of thugs”.

Diana Eltahawy, Amnesty International’s deputy regional director for the Middle East and North Africa, criticised the GNA for not “reining in abusive, unaccountable militias and armed groups” and instead “relying on them for security, law enforcement and fighting its rivals”.

“The GNA has the responsibility to uphold the right to peaceful protest, protect protesters from those seeking to silence them with live ammunition and address the underlying issues that have led people to come out onto the streets,” Eltahawy said in a statement, pressing for the release of at least six protesters.

Bashagha, who was visiting the GNA’s main ally Turkey when he was suspended, was met on his return by his supporters and a convoy of military vehicles from his hometown of Misrata, Libya’s third-largest city and a significant source of military power for the GNA.

Libya has been mired in chaos since the 2011 overthrow and killing of longtime ruler Muammar Gaddafi, with warring rival administrations based in the country’s west and east battling for power.

The country’s main military fault line is between forces that back the GNA and those supporting Haftar’s self-styled Libyan National Army in the east.

Meet top 5 richest women in India, know their net worth

Cristiano Ronaldo finally tests negative for coronavirus, to be included in Juventus’ next match

Meet top 5 richest women in India, know their net worth