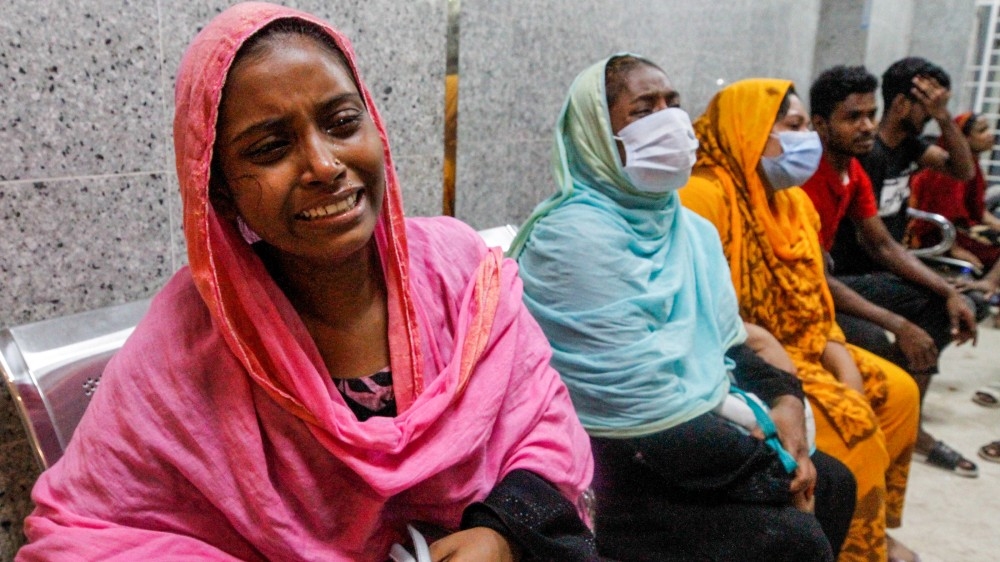 A gas pipeline explosion near a mosque in Bangladesh killed 13 people and injured 30 as worshippers were about to end their prayers, officials said on Saturday.

The explosion, which fire service officials suspect was caused by leakage from the pipeline, occurred on Friday night at a mosque in Narayanganj district, just outside the capital, Dhaka.

Dozens were rushed to Dhaka’s state-run specialised burn and plastic-surgery hospital, most of them with severe burns.

Thirteen people, including a seven-year-old child, died after they sustained burns, said Samanta Lal Sen, coordinator of the burns unit.

The death toll could rise further as many of them were in a critical condition, he said.

Fire officials said gas that accumulated in the mosque after pipeline leaks likely triggered the blasts.

“We primarily suspect that gas leaked from the pipeline and accumulated inside the mosque since the windows were shut. When the air conditioners was turned on, due to sparks the gas could have exploded,” said Abdullah Al Arefin, a senior fire service official.

All six air conditioners in the mosque exploded during the incident, he said.

Authorities have launched an investigation into the blast.

In Bangladesh, safety regulations are often flouted in construction. Hundreds are killed each year in fires in the nation of 168 million people.

In February last year, an inferno in Dhaka’s old quarters killed 78 people. One month later, 25 people were killed when a blaze engulfed an office building in the city.