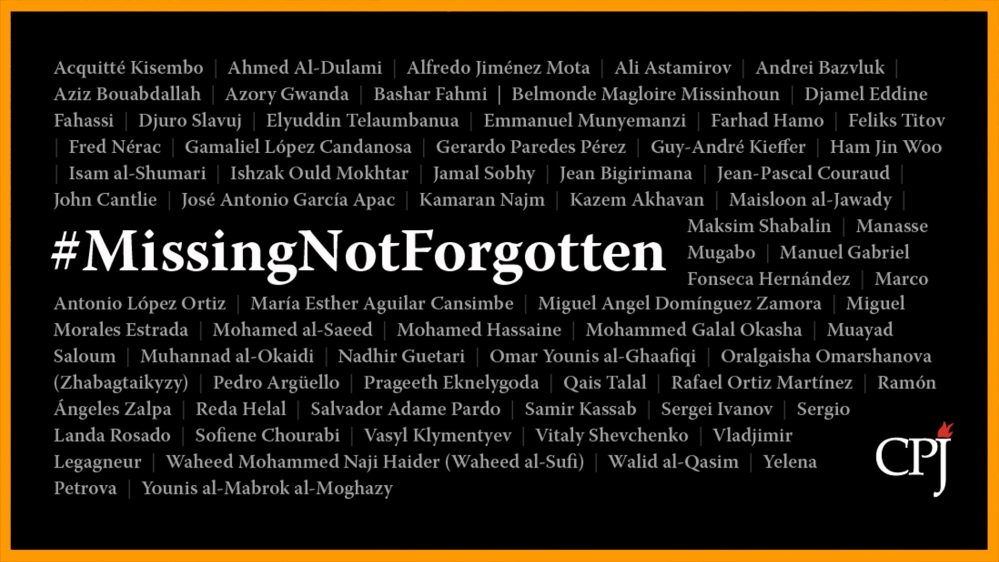 On Monday, September 7 at 19:30 GMT:
Many reporters around the world face threats, intimidation and even physical attacks while on the job. But, in some cases, journalists have gone missing with little indication as to their whereabouts.

The Committee to Protect Journalists says at least 64 journalists are missing globally. It is is now leading the #MissingNotForgotten campaign to highlight the cases of these journalists and pressure authorities to investigate their disappearance and provide families with answers, especially in the time of Covid-19.

The disappearances are not just confined to war zones and crime beats. Other cases highlighted by the CPJ include that of Haitian freelance photojournalist Vladjimir Legagneur, who was last seen by his wife in 2018 when he left the family home in Port-au-Prince. Daysi Lizeth Mina Huaman was last seen waiting for a bus in January, on her way to meet her boyfriend in the Peruvian city of Ayacucho.

We’ll speak to the CPJ about their efforts to get answers about journalists missing around the world. We’ll also hear from family members who are desperate for answers.

On this episode of The Stream, we are joined by:
Ahmed Najm, @Ahmed_Najm2
Managing Director of Metrography Agency, and brother of missing journalist Kamaran Najm
metrography.org