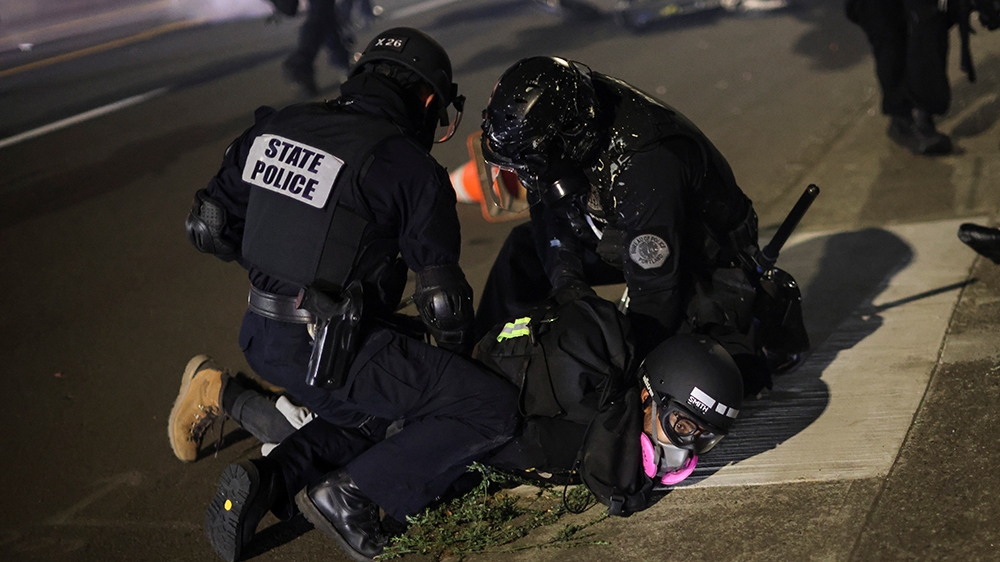 Protesters in Portland threw rocks and firebombs at police who in turn made more than 50 arrests and used tear gas on Saturday night on the 100th day of demonstrations in the Oregon state against racism and police brutality.

Police described what they called “tumultuous and violent conduct” by protesters on the city’s Southeast Stark Street.

One of the firebombs caught a community member on fire and he was taken to hospital, Portland police said in a statement, adding that a sergeant was also struck by a commercial-grade firework that injured his hand.

“This is a riot. Police are giving announcements to disperse. People are throwing Molotov cocktails,” Portland police said on Twitter.

Police said officers used tear gas among other crowd control measures to disperse the gathering, which the Oregonian newspaper had estimated to be about 400.

Portland has seen nightly protests for more than three months that have at times turned into violent clashes between demonstrators and officers, as well as between right- and left-wing groups.

The nightly protests were sparked by the death of George Floyd in Minneapolis in May after a white police officer knelt on his neck for nearly nine minutes.

Floyd’s death triggered similar protests nationwide, but it is in Portland – a city of 650,000 of which more than 70 percent are white – that activists have remained on the streets practically every night, demanding racial justice and police accountability.

President Donald Trump has cast the city as being under siege by “thugs” engaged in “domestic terrorism”. though the demonstrations have been peaceful for the most part.

Tensions escalated again last weekend after a man identified as a supporter of a right-wing group was shot and killed.

Earlier on Saturday, hundreds of people gathered in a park near Portland in a memorial for Aaron “Jay” Danielson, a supporter of the far-right group Patriot Prayer.

The 39-year-old was fatally shot after he joined pro-Trump supporters who descended on Portland, sparking confrontations with Black Lives Matter counter-protesters.

The suspect in the shooting, Michael Reinoehl, 48, was killed in neighbouring Washington state as police tried to arrest him.

The circumstances of Danielson’s death are still under investigation but Reinoehl appeared to acknowledge shooting him in an interview with Vice News.

“We are in the midst of a civil war between good and evil, the good, the good is all the folks you see here,” said Dann, 50, who knew Danielson through Patriot Prayer, pointing to the families lined up near an imposing barbecue among camping chairs and numerous US flags displayed for the occasion. 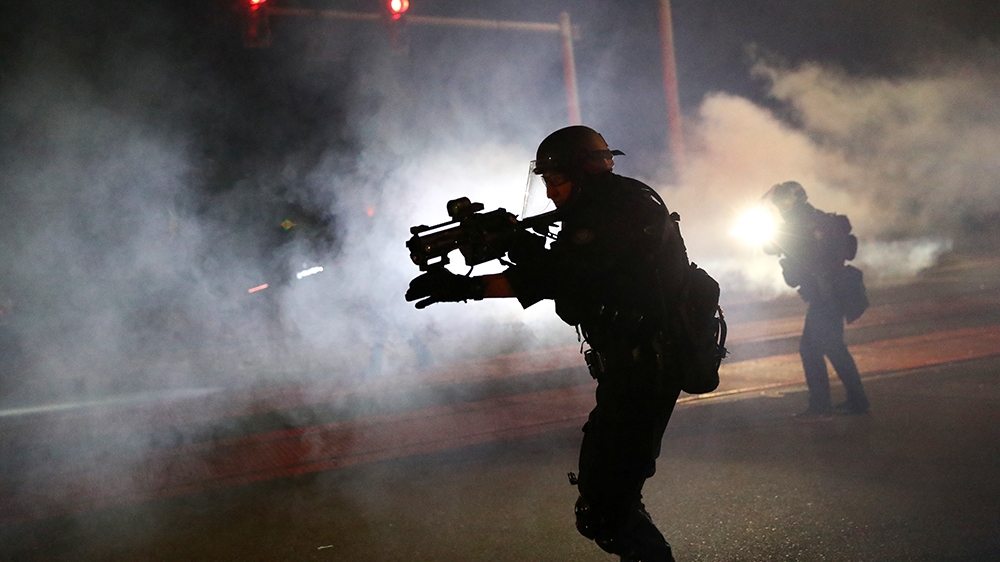 President Donald Trump signed a memo on Wednesday that threatens to cut federal funding to “lawless” cities, including Portland. His Democratic challenger in the November 3 presidential election, Joe Biden, has accused Trump of stoking violence with his rhetoric.