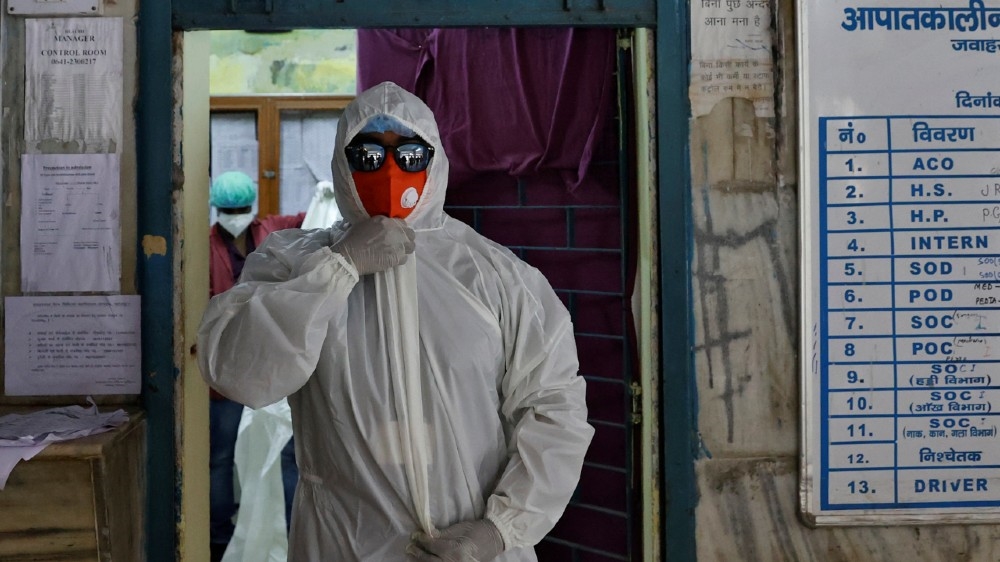 A “shocking” 7,000 health workers have died globally after contracting coronavirus, a new report by Amnesty International has said, highlighting the failure to adequately protect those on the front lines in the months-long battle against the pandemic.

The prominent rights watchdog said on Thursday the death toll represented “a crisis on a staggering scale” and renewed an urgent call for governments to provide healthcare professionals with the necessary equipment so they can continue their vital work.

“Every health worker has the right to be safe at work, and it is a scandal that so many are paying the ultimate price,” said Steve Cockburn, Amnesty’s head of economic and social justice.

“Throughout the pandemic, governments have hailed health workers as heroes, but this rings hollow when so many workers are dying from a lack of basic protection,” said Cockburn.

According to Amnesty, which said it had collated data based on multiple sources including memorial pages, government figures and lists compiled by national medical associations, the country topping the list of health worker fatalities is Mexico (1,320), followed by the one hit the hardest by the pandemic – the United States (1,077). Behind them are the United Kingdom (649) and Brazil (634).

Carissa Etienne, director of the PanAmerican Health Organization, said on Wednesday the Americas has “the highest number of healthcare workers infected in the world”.

In India, which on Thursday reported a record daily high of 83,883 new infections amid a rapid surge in the spread of coronavirus in recent weeks, at least 573 health workers have died and more than 87,000 have been infected. More than half of the health workers’ deaths (292) occurred in the state of Maharashtra.

As in other countries, inadequate protection is also a significant concern for health workers in South Africa. where 240 of them have lost their lives to the novel virus. The country’s largest public-sector union, the National Education, Health and Allied Workers’ Union on Thursday called for a demonstration to demand greater government support for front-line workers.

Said Amnesty: “We are calling on all governments to take urgent measures to protect the lives of health workers. As well as increasing the supply of protective equipment, they must listen to health workers who speak out about their working conditions, and respect their rights to organise.”

Below are the top 10 countries with the highest number of health worker coronavirus deaths, according to Amnesty’s report. Figures for countries may not always be directly comparable due to different methods used to collect data and definitions of health workers in various countries.