Taliban prisoners to be ‘moved to Qatar’ ahead of talks | News 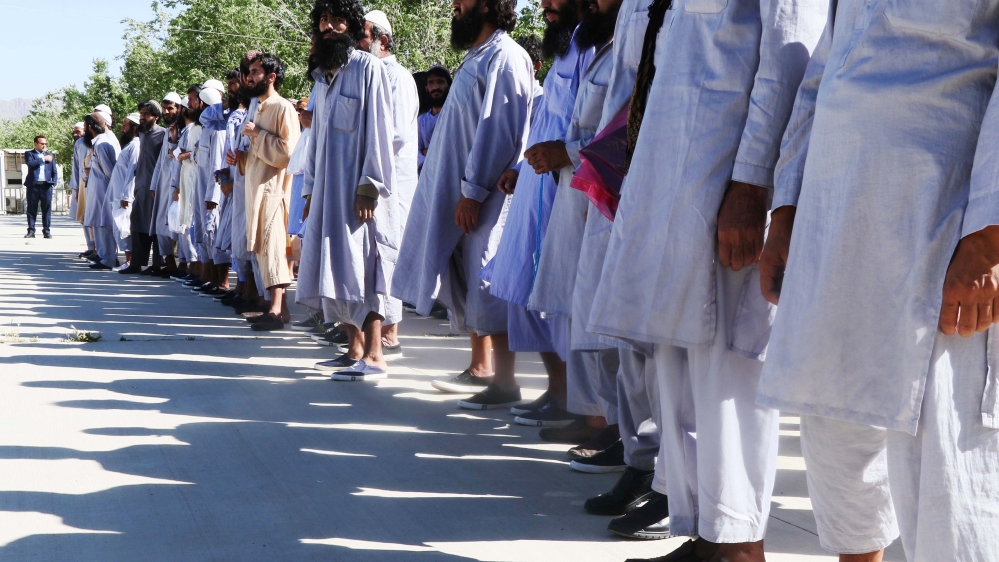 High-profile Taliban prisoners will be transferred to Qatar ahead of the intra-Afghan peace talks that are set to begin “in a matter of days”, officials from the group and the Afghan government have said.

Negotiations between the Afghan government and the Taliban were set to begin in March but have repeatedly been pushed back over disagreements on a prisoner exchange, a pre-condition for the dialogue.

“There could be six to nine people [transfered to Qatar],” a source told Al Jazeera on condition of anonymity, adding that the move was made possible after lengthy negotiations with multiple regional and international powers.

“We had a few options for the Taliban after the objections raised by European countries created another roadblock for intra-Afghan dialogue. The most amicable way was to replicate what was achieved with US forces to send these inmates to a guarantor country.”

However, the Afghan government baulked at the release of a final 400 prisoners.

Australia and France had officially asked Kabul not to release Taliban prisoners convicted of killing their citizens.

“Foreign forces occupying Afghanistan were killed in battles. They were in Afghanistan illegally and we were fighting them. We have not raised issues of violations and thousands of our people being killed by the foreigners because we want to turn over a new leaf and work towards bringing peace to Afghanistan,” Suhail Shaheen, a spokesman for the Taliban’s political office in Doha, told Al Jazeera last week.

“If occupation powers insist on reviving old issues, it would hamper the peace process.”

Shaheen added that the Taliban regularly released prisoners as a gesture of goodwill and as part of their commitment signed between them and the US government.

On Thursday, the Afghan government said it had released all Taliban prisoners except for “a few” in return for the armed group freeing the remaining Afghan commandos, as the two sides inch closer to starting direct talks in Qatar.

The Islamic Republic of Afghanistan has received our commandos held hostage by Taliban, after which the Gov’t released the remaining 400 convicts, except the few for which our partners have reservations. Diplomatic efforts are ongoing. We expect direct talks to start promptly.

Sources told Al Jazeera the Afghan delegation will fly to the Qatari capital, Doha, on Friday but it was not immediately clear when the talks would start.

A Taliban official told Al Jazeera: “We are open to all dialogue as long as it is in good faith, follows the guidelines set in the Doha agreement, has representation from all Afghan groups and does not involve any foreign intervention.”

“Intra-Afghan dialogue will be a good step to end foreign occupation and let Afghans decide their own matters,” the official added.

Abdullah Abdullah, head of the High Council for National Reconciliation, a representative body responsible for reconciliation efforts with the Taliban, said a ceasefire will top the agenda at the talks.