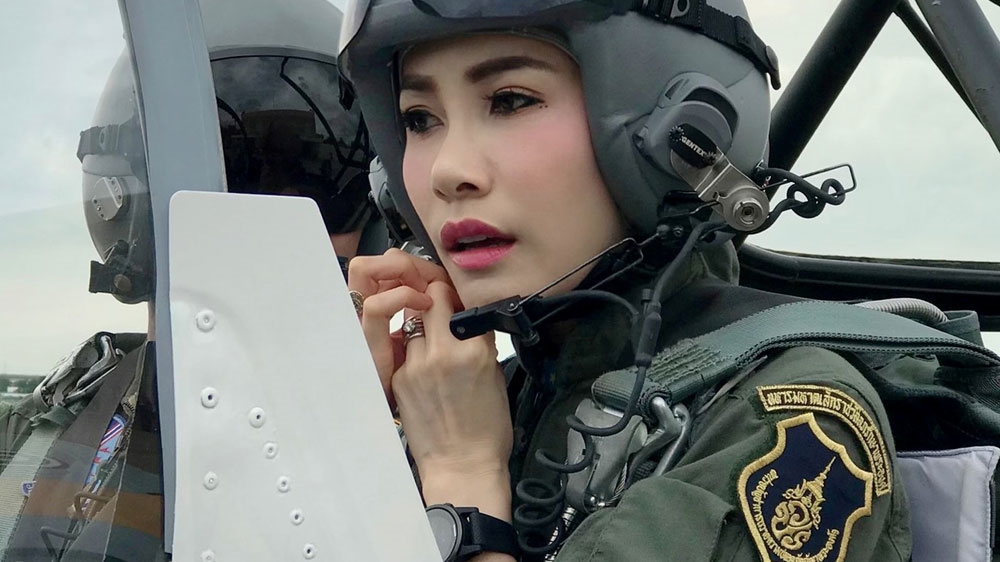 Thailand’s King Maha Vajiralongkorn restored the official titles and military rank of his royal consort, a palace announcement said on Wednesday, nearly a year after she was accused of being disloyal and disappeared from public view.

The announcement comes as Thailand has been roiled by anti-government protests during which demands have also been made for curbs to the 68-year-old king’s newly expanded powers – taboo in a nation where conservative tradition upholds the monarch as semi-divine and above criticism.

Sineenat Wongvajirapakdi, 35, last October had been stripped of the title Royal Noble Consort in a palace statement that called her “ungrateful” in conducting a rivalry with Queen Suthida, the monarch’s wife.

However, a statement published in the government’s Royal Gazette on Wednesday said Sineenat “is untainted” and therefore entitled to the royal noble consort title and all her previous posts within the palace.

“Therefore, the stripping of royal titles, official position in serving the crown in military capacity and military ranks and the recall of all declarations has never taken place,” the statement said.

The order is effective August 28.

Sineenat disappeared after her public disgrace and her whereabouts could not be confirmed. This week, Bild newspaper reported she had arrived in Germany, where the Thai king spends much of the year.

King Vajiralongkorn was officially crowned as constitutional monarch in May last year after first taking the throne following the 2016 death of his father, who reigned for 70 years.

Days before his coronation, the king married the deputy head of his personal bodyguard, Suthida Tidjai, 42, giving her the title of Queen Suthida Bajrasudhabimalalakshana.

A little over two months later, he conferred the title Royal Noble Consort to Sineenat, a former nurse and his bodyguard. It was the first such appointment in almost a century, long before the end of absolute monarchy in 1932.