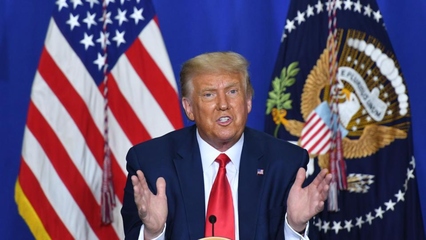 US President Donald Trump has suggested Americans should vote twice in the upcoming elections, despite it being illegal.

Trump has been insisting, without evidence, that an increase in mail-in ballots would lead to widespread voter fraud.

He is also threatening to cut off funding to cities where protesters are rallying against police violence on people of colour.

And he denied Black people are shot more than whites.

Massive fire breaks out in Noida slum, no reports of casualties

Massive fire breaks out in Noida slum, no reports of casualties