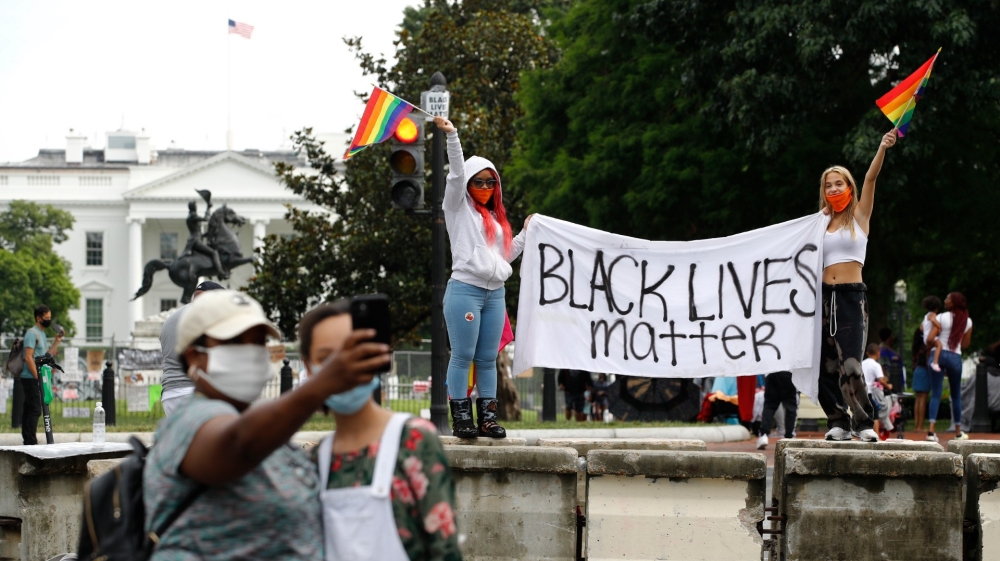 US President Donald Trump has directed the executive branch’s budget office to crack down on federal agency training programmes that are meant to support diversity and combat racism, calling them “divisive, anti-American propaganda”.

In a letter on Friday, the director of the Office of Management and Budget, Russell Vought, told all executive branch agencies to identify any spending related to training on “critical race theory”, “white privilege”, or any theory that posits that the US, as well as any race or ethnicity, “is inherently racist or evil”.

“The divisive, false, and demeaning propaganda of the critical race theory movement is contrary to all we stand for as Americans and should have no place in the federal government,” the letter reads.

“Critical race theory” refers broadly to a school of thought that argues that systemic racism exists in US law and institutions and that race is a social construct created for the benefit of white citizens.

“White privilege” is the concept that white citizens inherently benefit from the systemic racism in US society.

The US president’s advisory comes amid months of racial justice demonstrations following the police killing of George Floyd, an unarmed Black man, in May in Minnesota.

Trump has rejected the idea that there is systemic racism in the US, particularly in law enforcement.

He argued during a trip to Kenosha, Wisconsin, on Tuesday that high-profile incidents of police killing Black people are the result of “bad apples” in the police force or good cops who “choke”.

The US president spent Saturday morning retweeting conservative supporters of his decision to end the training, which he called “a sickness that cannot be allowed to continue”.

“Please report any sightings so we can quickly extinguish!” Trump tweeted.

Friday’s memo said Trump’s decision came following “press reports” that described training programmes in which employees across the Executive Branch are told that “virtually all white people contribute to racism” or where employees were required to say they “benefit from racism”.

The memo did not specify which reports it was citing, although Fox News has recently run critical segments on the training, according to The Associated Press news agency.

Vought’s memo added that additional federal guidance on training sessions would be forthcoming.

But it maintained that “the president, and his administration, are fully committed to the fair and equal treatment of all individuals in the United States”.

“The president has a proven track record of standing for those whose voice has long been ignored and who have failed to benefit from all our country has to offer, and he intends to continue to support all Americans, regardless of race, religion, or creed,” Vought added.