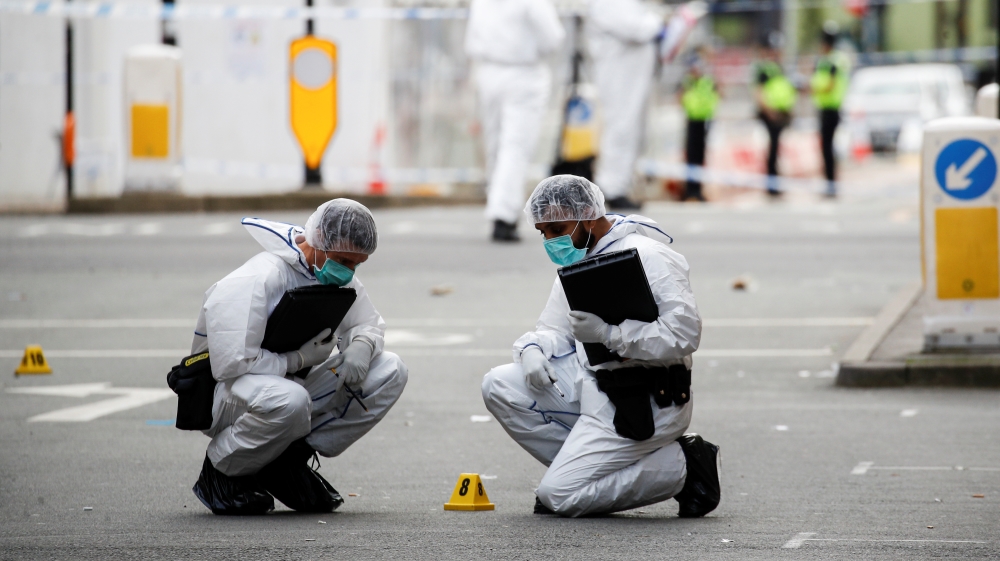 UK police have arrested a man on suspicion of murder after a series of stabbings in the city of Birmingham left one person dead and seven others injured.

The 27-year-old suspect was detained in the Selly Oak area of the city at 4am, West Midlands police said on Monday, a day after the attack.

Detectives said the stabbings, which took place in four locations over two hours, were linked but appeared to be random and were not thought to be gang-related or connected to “terrorism”.

“Officers worked through yesterday and into the early hours of this morning in a bid to trace the man we believe responsible for these terrible crimes,” said Birmingham police commander, chief superintendent Steve Graham.

“Clearly this is a crucial development but our investigation continues. We still need to speak to any witnesses who saw what happened who’ve not yet spoken to us, or anyone who may have video footage or photos of the incidents or the attacker.”

A 23-year-old man died after being stabbed, and a man and a woman, aged 19 and 32, are in hospital in a critical condition after also being attacked. Five others were less seriously injured.

Stabbings in England and Wales increased 6 percent in the year to the end of March, according to the Office for National Statistics.

Prime Minister Boris Johnson and Home Secretary Priti Patel sent condolences to the victims of the Birmingham attack and thanked the emergency services, who declared a “major incident” in response to the violence.

Niharika Konidela-Chaitanya Jonnalagadda to tie the knot on THIS date; wedding card leaked