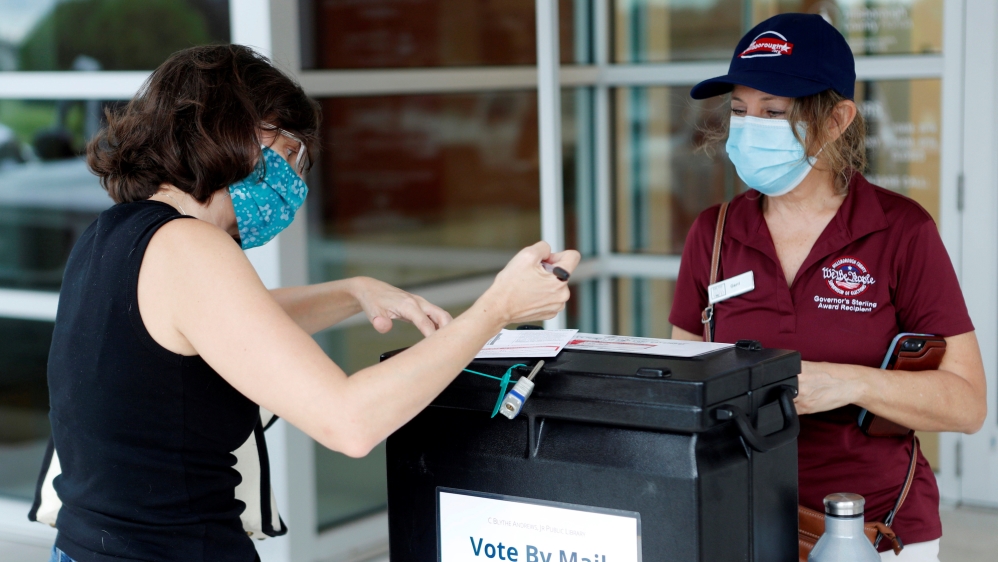 Trump hailed normalisation deals between Israel and the UAE and Bahrain as a “dawn of a new Middle East” that will allow people of different faiths to work together during a signing ceremony at the White House.

“We are here this afternoon to change the course of history,” Trump said from a balcony overlooking the South Lawn, as he said for the second time on Tuesday that more Arab countries would soon be reaching similar agreements.

“The people of the Middle East will no longer allow hatred of Israel to be fomented as an excuse for radicalism or extremism,” Trump said. “And they’ll no longer allow the great destiny of their region to be denied.”

Israeli Prime Minister Benjamin Netanyahu said the deals would have been “unimaginable a few years ago. But with resolve, determine, a fresh look at the way peace is done, this is being achieved.”

“This peace will eventually expand to include other Arab states. And ultimately, it can end the Arab-Israeli conflict, once and for all,” he said.

A state judge in Ohio has ruled that election officials can set up multiple drop boxes per county for voters to return absentee ballots in the November 3 presidential election, writing that a limit of one per county is “arbitrary and unreasonable”.

The decision is a victory for the state Democratic Party, which has pushed to allow local election officials to set up multiple drop boxes to accommodate voters who do not want to return absentee ballots by mail.

Drop boxes have become a partisan flash point in the presidential election. Democrats have promoted them as a reasonable and reliable option for voters unnerved by the COVID-19 pandemic and US Postal Service delivery problems.

Republican officials and President and Trump’s campaign have sought to limit them in many states, arguing without evidence that the receptacles could enable voting fraud.

A voter prepares to cast her mail-in ballot in Florida [File: Octavio Jones/Reuters]

12:30 ET – Trump says deals close between Israel and ‘five or six’ other countries

Trump has said that “five or six” more Arab countries were poised to agree to normalize relations with Israel, in line with the new accords struck between Israel, the United Arab Emirates and Bahrain.

“We’re very far down the road with about five countries, five additional countries,” Trump said as he hosted Israeli Prime Minister Benjamin Netanyahu in the Oval Office, ahead of a signing ceremony with both Arab states. “We’ll have at least five or six countries coming along very quickly, we’re already talking to them.”

Trump also said the agreements could bring Iran back to the table for a new deal. The White House withdrew from the 2015 nuclear deal with Iran in 2018. The deal would have seen Iran curtail its nuclear programme in exchange for sanctions relief. 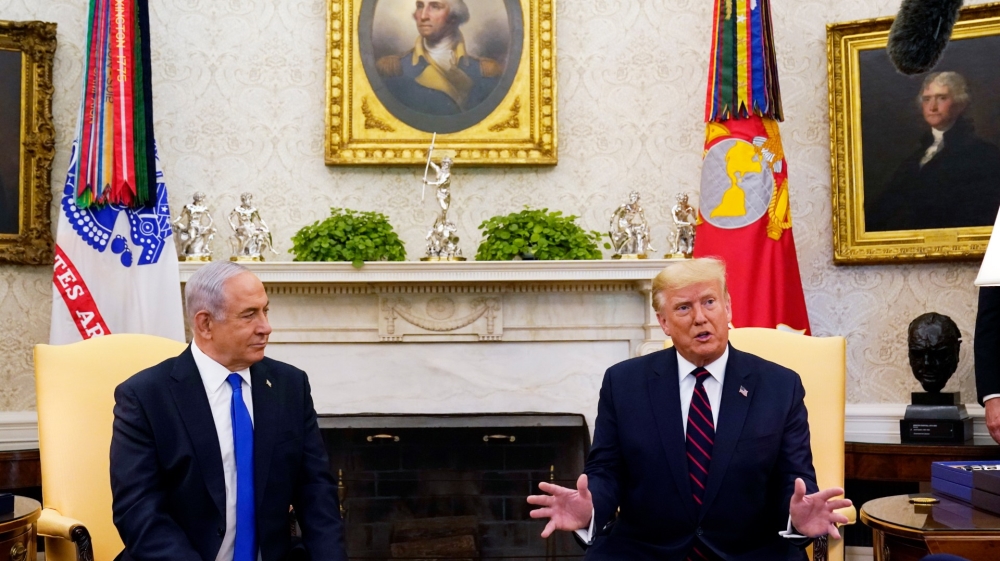 Scientific American, a science magazine based in the US, has endorsed Biden, the first time it has backed a presidential candidate in its 175-year history.

“Scientific American has never endorsed a presidential candidate in its 175-year history. This year we are compelled to do so. We do not do this lightly,” an editorial published by the magazine said.

The magazine largely focuses on Trump’s coronavirus response, saying he has “badly damaged the US and its people  – because he rejects evidence and science”.

The editorial says Trump’s rejection of evidence goes beyond the coronavirus, and includes attempts to do away with the Affordable Care Act, proposed cuts to the National Institute of Health, National Science Foundation and Centers for Disease Control and Prevention, and withdrawing the US from the World Health Organization.

Amid the wide ranging Fox & Friends interview early Tuesday, Trump also revealed he had wanted to assassinate Syrian President Bashar Al-Assad in 2017, but then defense secretary Jim Mattis prevented it.

“I would’ve rather taken him out,” Trump said. “I had him all set. Mattis didn’t want to do it. Mattis was a highly overrated general.”

Trump, according to the Washington Post, had roundly denied he had ever wanted to assassinate Assad. 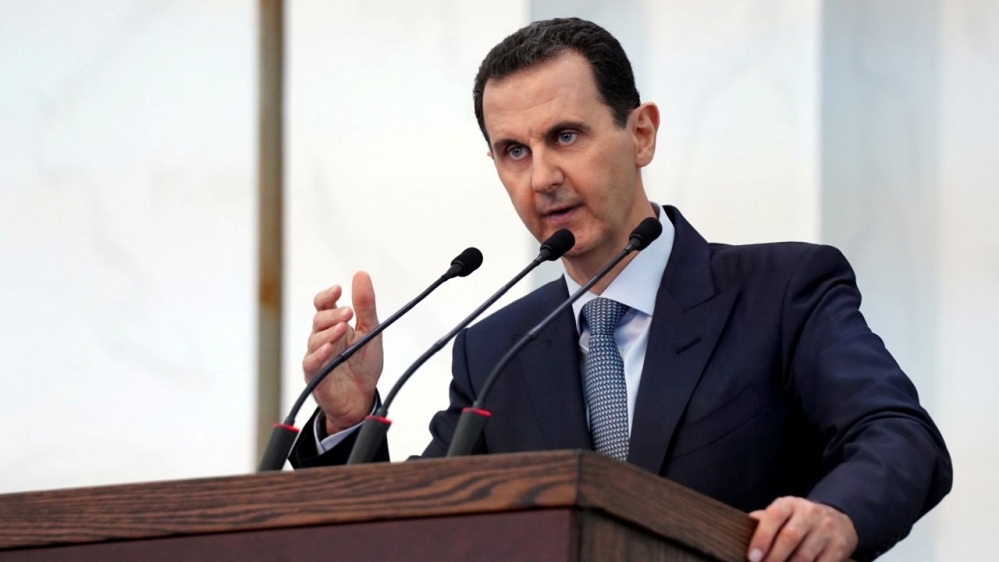 Trump, in an interview with Fox & Friends, said he read a new book by journalist Bob Woodward that contains revelations that Trump intentionally played down the threat of the coronavirus in the early days of the pandemic.

“I actually got to read it last night. I read it very quickly, and it was very boring,” Trump said of the book, which features recorded interviews in which Trump tells Woodward he knew the coronavirus posed a deadly risk, and was more dangerous than the “strenuous flu”. Trump made the statements as he was publicly saying the coronavirus posed no greater threat than the seasonal flu.

When asked if the book was accurate, Trump replied: It’s okay. I mean, it’s fine.”

11:00 ET – Trump says vaccine could be approved ‘in a matter of weeks’

Trump, in an interview with the Fox & Friends programme, has said a coronavirus vaccine could be approved “in a matter of weeks”.

The president also denied that his push for a vaccine, which he has repeatedly touted on the campaign trail, is politically motivated. Health experts have voiced concern that Trump could try to fast track a vaccine before November 3, despite it being unrealistic that such a vaccine could properly undergo needed safety tests in that timeframe.

Fueling concerns have been Trump’s attacks on the agency that oversees the safety of US medications. Trump has accused “deep state” actors at the Food and Drug Administration of intentionally slowing approvals to hurt him politically.

“I’m not doing it for political reasons, I want the vaccine fast,” Trump said. “You wouldn’t have a vaccine for years.

“I speeded up the process with the FDA… We’re going to have a vaccine in a matter of weeks, it could be four weeks it could be eight weeks … we have a lot of great companies,” he said.

Eligible US voters will soon be able to register to vote and request mail ballots from the Uber ridesharing app, the company has announced.

In the partnership with TurboVote, Uber says it will help “riders, eaters, drivers and delivery people” take part in the election.

“We hope that by giving people the ability to easily register to vote and request an absentee ballot via the Uber and Uber Eats apps, independent workers—and everyone who uses our platform—will have a stronger voice in our democracy,” Uber CEO Dara Khosrowshahi said in a statement.

The company also said it will offer discounted rides to polling sites on election day. 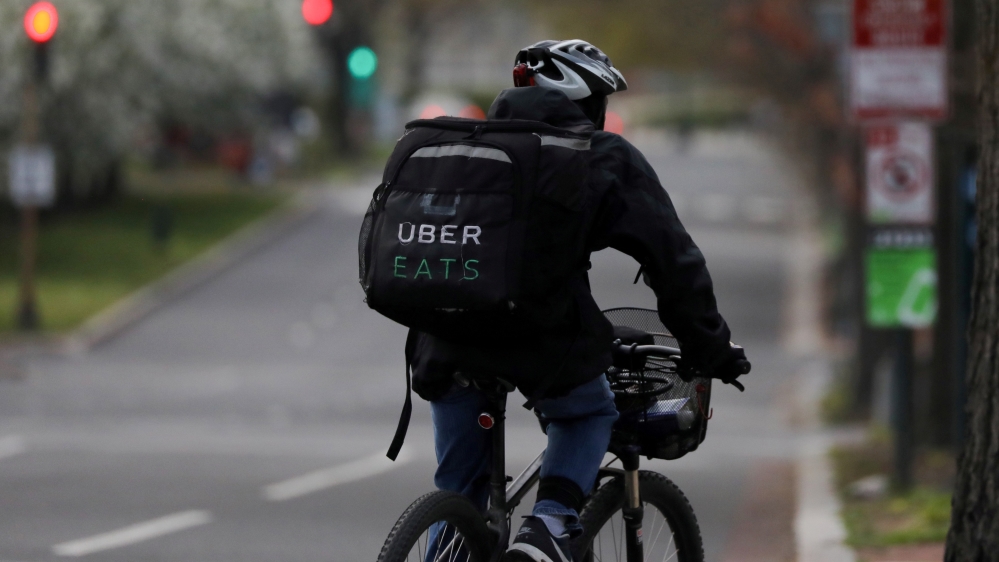 Biden’s home state Delaware is holding primary voting for US House and Senate seats, as well as for the state’s governor.

Biden on Monday cast an early ballot for Senator Chris Coons, who faces a progressive challenger in 34-year-old Jessica Scarane in the solidly blue state.

Republicans vying for their party’s nomination to run for the seat are 62-year-old former Marine Jim DeMartino, who has the backing of the party’s establishment, and 32-year-old Lauren Witzke, who has been vocal on far-right channels and has voiced support for the QAnon conspiracy theories. 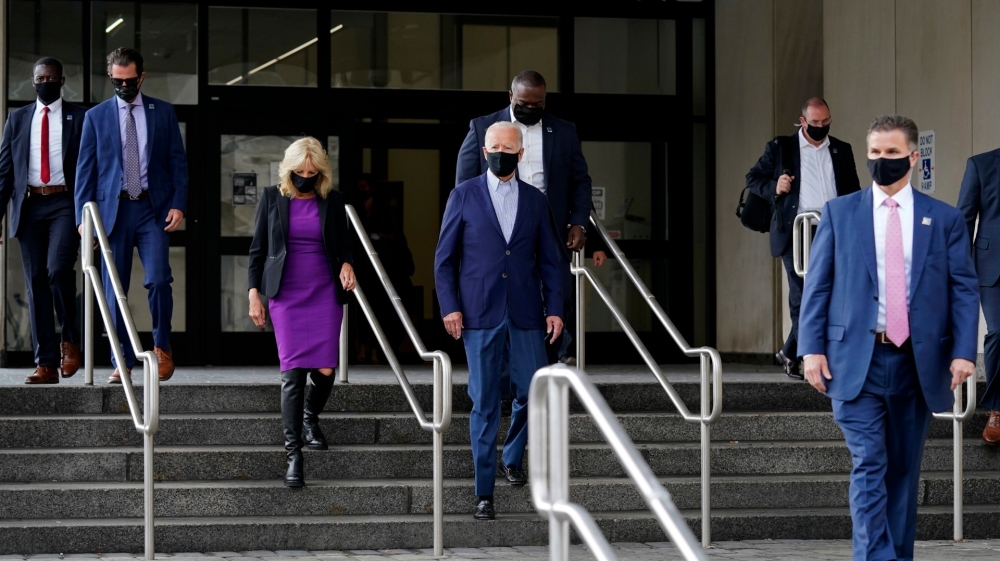 09:30 ET – Biden promises to ‘work like the Devil’ to win back Latino support in Florida

Biden is set to make his first trip Florida as his party’s official candidate on Tuesday, as his campaign acknowledges concerns about his appeal with Latinos in the state.

On Tuesday, the former vice president will hold a roundtable with veterans in Tampa before marking Hispanic Heritage Month with an event in Kissimmee near Orlando. The visit comes after a batch of new polls showed Trump slightly leading Biden in Latino support in the state. In 2016, Clinton carried the demographic, which makes up 20 percent of the electorate in the influential state, by a 59 percent to 36 percent margin.

“I will talk about how I am going to work like the devil to make sure I turn every Latino and Hispanic vote,” Biden said after a Monday speech on climate change in Delaware.

Biden does not need to win Florida’s 29 electoral votes to capture the White House as long as he reclaims the northern battleground states that Trump flipped in 2016. Meanwhile, Trump’s re-election is considered extremely unlikely if he loses Florida.

The United Arab Emirates (UAE) and Bahrain will become the first Gulf states to sign agreements towards normalising relations with Israel in a US-brokered deal that has been portrayed as an election season coup for Trump.

Trump will host the White House ceremony at 16:00 GMT, capping a dramatic month when first the UAE and then Bahrain agreed to reverse decades of ill will without a resolution of Israel’s decades-old dispute with the Palestinians.

On Tuesday, Trump also said he would have “no problem” selling F-35 stealth fighter jets to the UAE, a prospect Israel has pushed back on in attempts to maintain its overwhelming military advantage against its Arab neighbours.

Analysts have said the UAE likely used its desire for the advanced aircraft as a bargaining chip in the negotiations over the normalisation agreement.

Hello and welcome to Al Jazeera’s continuing coverage of the US elections. This is Joseph Stepansky.

Read all the updates from yesterday (September 14) here.