US has no proof yet of ‘tragic’ Navalny poisoning: Trump | Trump News 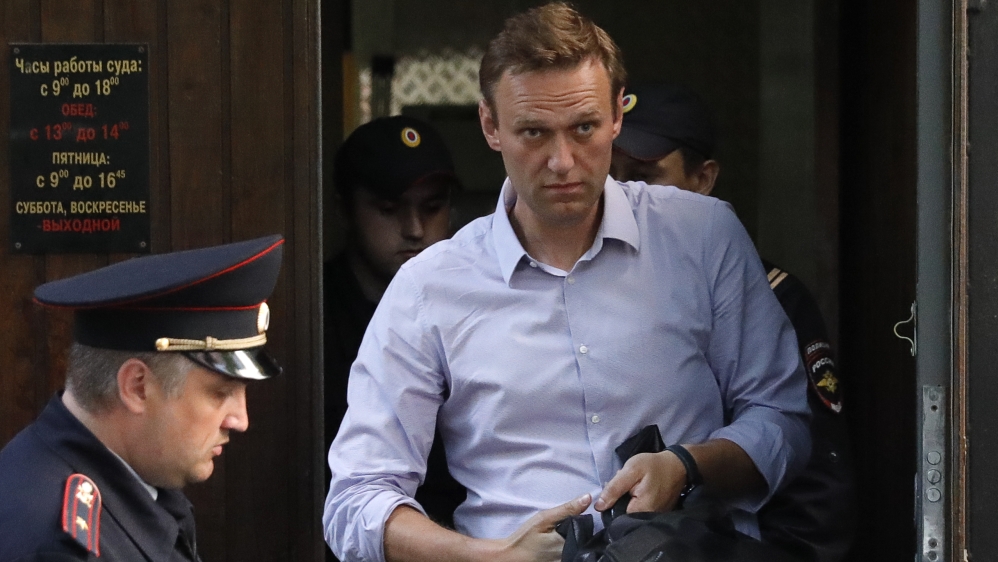 President Donald Trump has said the United States must look “very seriously” into the suspected poisoning of Russian opposition leader Alexey Navalny, but that his administration had not yet seen any proof.

“It’s tragic. It’s terrible, it shouldn’t happen. We haven’t had any proof yet, but I will take a look,” Trump said at a news conference, before telling journalists they should be focusing on China, not Russia.

Trump did not take as strong a stand as the State Department, which earlier on Friday expressed grave concern about the finding that Navalny was poisoned.

In a meeting in Washington earlier on Friday, Deputy Secretary of State Stephen Biegun told Russian Ambassador Anatoliy Antonov that Moscow’s use of this chemical weapon would be a clear violation of its obligations under the Chemical Weapons Convention.

“The Deputy Secretary urged Russia to cooperate fully with the international community’s investigation into this attack,” department spokeswoman Morgan Ortagus said in a statement.

Germany, where Navalny, 44, is in hospital, has said the Russian opposition figure was poisoned with a Soviet-style Novichok nerve agent and wants the perpetrators held to account.

Berlin briefed NATO on the case and the chief of the military alliance Jens Stoltenberg said there was “proof beyond doubt” Novichok was used.

“The Russian government must fully cooperate with the Organisation for the Prohibition of Chemical Weapons [OPCW] on an impartial international investigation,” Stoltenberg said after an emergency meeting of NATO’s ruling council.

European Union foreign policy chief Josep Borrell also called on Moscow to cooperate with an international probe into the poisoning and said the 27-nation bloc would not rule out sanctions.

Russia has not opened a criminal investigation and said there is no evidence yet of a crime.

Navalny, the most popular and prominent opponent of Russian President Vladimir Putin, fell ill on a Siberian flight last month and was evacuated to Germany for treatment. He has been in an artificially-induced coma for the past two weeks.

The Kremlin again denied responsibility for the attack on Friday.

“A whole number of theories including poisoning were considered from the very first days,” Putin’s spokesman Dmitry Peskov told reporters. “According to our doctors, this theory has not been proved.”