US says it will not pay WHO fees in coronavirus spat: Live news | News 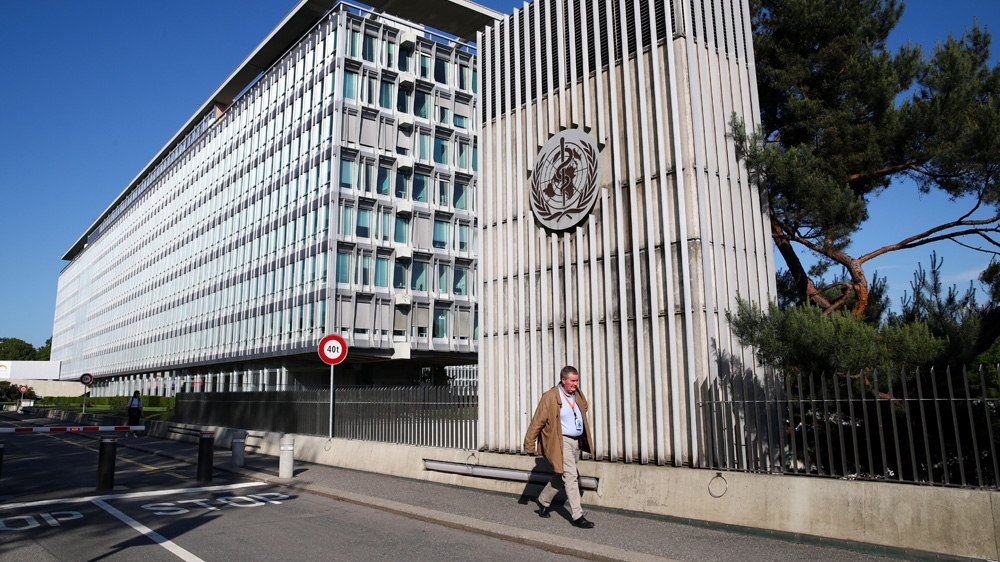 South Korea, scrambling to control a second wave of COVID-19, vowed on Thursday to double its critical-care hospital beds amid a severe shortage, highlighting the strain of the pandemic on even well-equipped countries.

The spike in serious cases, as older people make up an increasing proportion of patients amid a broader resurgence, marks a sharp turn for a country that was seen as successful in crushing one of the worst early outbreaks of the new coronavirus outside China.

Fewer than 10 intensive-care beds were available in the greater Seoul area, a metropolis of 26 million people, as of Tuesday, health authorities said. Officials do not give daily numbers, which can fluctuate widely.

The number of new daily deaths reported was the highest since July 22. That brought the latest COVID-19 tally in Southeast Asia’s biggest country to 184,268 infections and 7,750 deaths.

Children wearing masks as a precaution against the coronavirus, take part in a race in Tangerang [File: AP]

Russia reported 4,995 new coronavirus cases, bringing its national tally to 1,009,995, the fourth largest in the world.

The Czech Republic’s daily number of new coronavirus cases rose to 650, the highest since the pandemic reached the country in March, Health Ministry data showed on Thursday.

French drugmaker Sanofi and its British peer GSK have started a clinical trial for a protein-based COVID-19 vaccine candidate.

Sanofi and GSK said that they had started the “Phase 1/2” trial for their adjuvanted COVID-19 vaccine, which they hope to make available across the world. The vaccine candidate uses the same recombinant protein-based technology as one of Sanofi’s seasonal influenza vaccines with GSK’s established pandemic adjuvant technology.

The companies said they expected the first results on the vaccine by early December 2020, and if the data turned out to be positive, they would plan to request regulatory approval for the product in the first half of 2021.

Russia has resumed international flights with Egypt, the United Arab Emirates and the Maldives, a government order published showed. 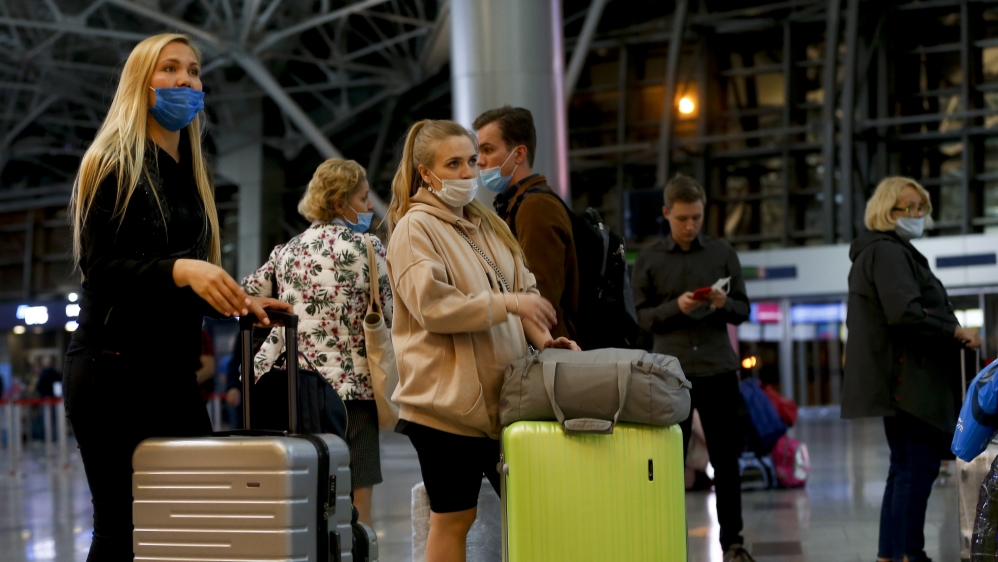 China has offered experimental coronavirus vaccines to aviation industry workers, according to a regulatory notice seen by the Reuters news agency, in a push to inoculate high-risk groups to prevent a possible resurgence as economies reopen.

China, which has four COVID-19 vaccines in the final stage of human trials, launched the emergency use vaccine programme in July, hoping to boost the immunity of groups such as border inspectors or medical industry workers.

Frontline workers at Chinese airlines, airports, China National Aviation Fuel Group and TravelSky Technology Limited will be provided a candidate vaccine on a voluntary basis, the notice from China’s aviation regulator shows. The Civil Aviation Administration of China has asked these sectors and firms to compile a list of personal information of employees willing to take the vaccine, the notice adds.

Hello, this is Usaid Siddiqui in Doha taking over from my colleague Kate Mayberry.

The UN Refugee Agency says the coronavirus threatens progress made in improving education for child refugees.

A just-published report based on data from 12 countries hosting more than half the world’s refugee children, found that primary education enrolment increased by two percent in 2019.

But while gross enrolment was 77 percent at the primary level, it fell to only 31 percent in secondary, and just three percent in higher education.

The UNHCR noted girls had less access to education than boys, and that the coronavirus threatened to undo the gains that had been made.

“Before the pandemic, a refugee child was twice as likely to be out of school as a non-refugee child,” the agency said in a statement. This is set to worsen – many may not have opportunities to resume their studies due to school closures, difficulties affording fees, uniforms or books, lack of access to technologies or because they are being required to work to support their families.” 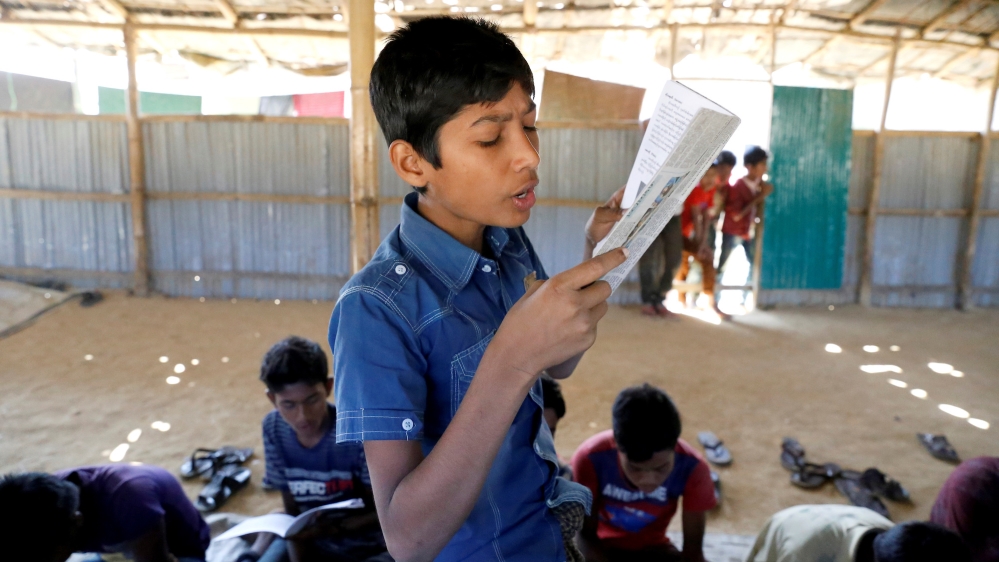 India has reported a record jump in cases of coronavirus.

The health ministry confirmed 83,883 cases on Thursday, bringing the total to 3.85 million.

India – the world’s third worst-affected country after the United States and Brazil, has been reporting the world’s highest daily caseload every day for nearly a month.

A further 1,043 people died from the disease, the health ministry said, bringing the death toll to 67,376.

An Air China flight from Phnom Penh was the first international flight to land in Beijing after direct flights from eight countries were allowed to resume.

As well as Cambodia, direct flights will be allowed from Greece, Denmark, Thailand, Austria and Canada. Passengers must have tested negative for COVID-19 before they board and complete a 14-day government-run quarantine on arrival.

China reported 11 new cases of coronavirus on Thursday, all of them imported.

Brazil’s health ministry says it has confirmed a further 46,934 cases of coronavirus, bringing the country’s total to 3,997,685.

Some 123,780 people have died from the disease in Brazil; the worst outbreak after the US.

The state of Victoria, in Australia’s southeast, has reported 113 new cases of coronavirus and an additional 15 deaths.

The state government is due to outline plans on Sunday to relax strict curbs imposed to slow the spread of the virus.

It is the first triple-digit rise in new cases in four days.

02:00 GMT – Dwayne Johnson says he and family recovered from coronavirus

Hollywood star Dwayne Johnson says he and his family all tested positive for COVID-19, but have now recovered.

In a video posted to Instagram, the 48-year-old star of films including The Mummy Returns and Jumanji: Welcome to the Jungle, said the disease was “one of the most challenging and difficult things” they had been through as a family.

He urged others to wear a mask and be strict about social distancing even at home gatherings.

The WHO has released new guidance on the use of corticosteroid drugs after studies found their use could cut death rates among seriously ill patients by 20 percent.

The world health agency advises their use in people only with severe cases of the disease.

Cortocosteroids include the drug dexamethasone, which was found to be an effective treatment in June in findings from the Oxford University-led RECOVERY trial, and triggered the WHO investigation.

The guidance also recommends the use of hydrocortisone for the sickest patients.

South Korea has reported 195 new cases of coronavirus. That’s the lowest since August 17, according to Yonhap News Agency.

While there are signs the spike that began last month is easing – thanks to stricter distancing rules – a record number of patients are in critical condition.

There are now 154 people in this category, the highest since South Korea reported its first case of the disease in late January.

Robert Redfield,  the head of the US Centers for Disease Control and Prevention, has written to US states urging them to prepare for a potential coronavirus vaccine by November 1, two days before the country goes to the polls to choose its next president.

The federal government has set up a deal with McKesson Corp, a wholesaler, but needs permits from individual states in order to distribute any vaccine.

Redfield wrote in his August 27 letter that the normal time required to obtain the permits was a “significant barrier to the success of this public program” and said the CDC was requesting that states expedite the process and consider waiving requirements that would “prevent these facilities from becoming fully operational by Nov 1, 2020”.

A number of vaccines are currently in phase three clinical trials, which involve tens of thousands of people with half given the vaccine and the rest a placebo. It normally takes months to assess the results.

The US Food and Drug Administration (FDA), which faces mounting criticism that it is bowing to political pressure from US President Donald Trump, has suggested it might give the vaccine emergency approval before the end of the trials.

The Trump administration says it will not pay some $62m it owes the World Health Organization (WHO) in membership fees.

The decision comes a day after the US turned its back on COVAX, a global vaccine development and distribution project the agency is leading.

The US formally made its withdrawal from the WHO in July, but the process takes a year and the US is supposed to continue to pay its dues during that time.

You can read more on the US’s latest move against the WHO here. 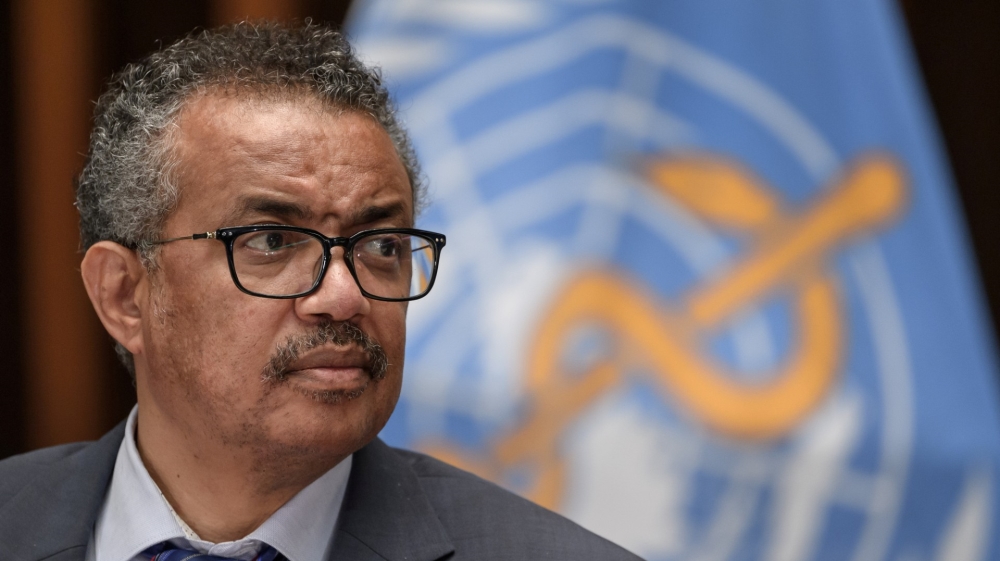 World Health Organization (WHO) Director-General Tedros Adhanom Ghebreyesus has come under fire from US President Donald Trump over the agency’s handling of the coronavirus pandemic and its links with China [File: Fabrice Coffrini/Pool via Reuters]

Silvio Berlusconi, who was Italian prime minister four times, has been diagnosed with coronavirus.

The 83-year-old is in isolation at home in northern Italy.

You can read all the updates from yesterday (September 2) here.

Hundreds of homes impacted by flooding in Lantana