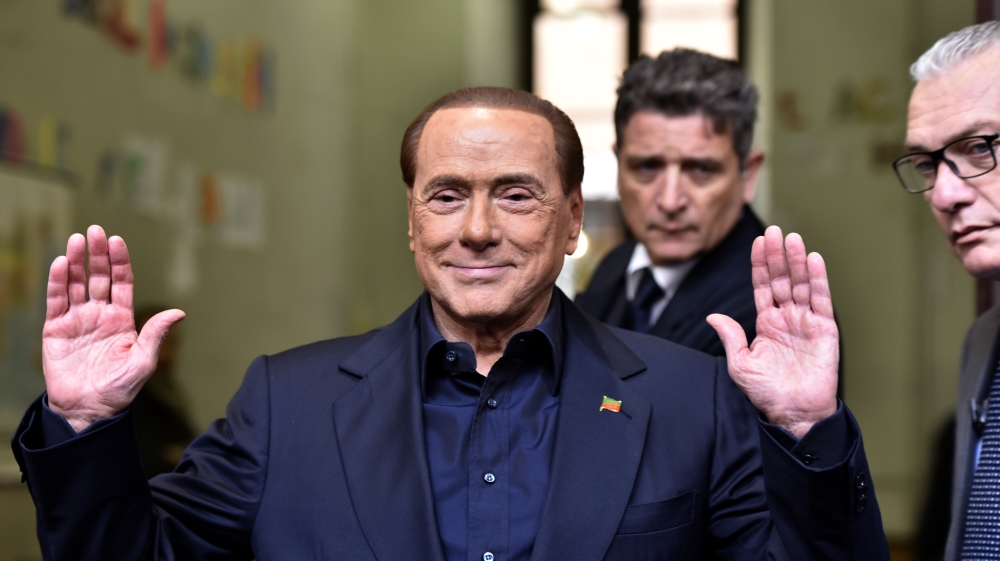 Italy’s former Prime Minister Silvio Berlusconi is responding well to treatment after he was taken to hospital with coronavirus, his doctor said, but warned his condition was “delicate”.

The 83-year-old media tycoon is being treated for a lung infection at San Raffaele hospital in Milan where he was admitted on Thursday night.

“The patient is calm and is responding optimally to treatments,” his doctor Alberto Zangrillo said on Sunday.

“I am cautiously optimistic, which I reiterate, we must not claim victory since [Berlusconi] belongs in the category defined as the most fragile.”

Berlusconi tested positive for coronavirus earlier this week after returning from a holiday at his luxury villa in Sardinia.

Two of his children – daughter Barbara, 36, and son Luigi, 31 – have also contracted the virus, as has his companion Marta Fascina.

Following a check-up on Thursday evening at his home, Zangrillo insisted that Berlusconi go to the hospital the same night.

On Friday, the doctor said the billionaire was “a patient at risk because of his age and previous illnesses”, including open-heart surgery.

Zangrillo said Berlusconi had a lung infection that had been diagnosed early but was not on a ventilator.

The doctor has been criticised for having asserted at the end of May, when Italy’s lockdown had greatly slowed its rate of new infections, that “clinically speaking the virus doesn’t exist any more”.

He has since acknowledged that statement was too strong and “off-key” and was based merely on observing that fewer patients required intensive care at the time.

Berlusconi had insisted on Wednesday that he would continue his political activities despite the positive test. He leads the Forza Italia Party and was elected as an MEP at the 2019 European Parliament election.

Regional elections are due to take place in Italy in two weeks as well as a referendum on reducing the number of Italian parliamentarians.