Australia coronavirus cases ‘set to be lowest in months’ 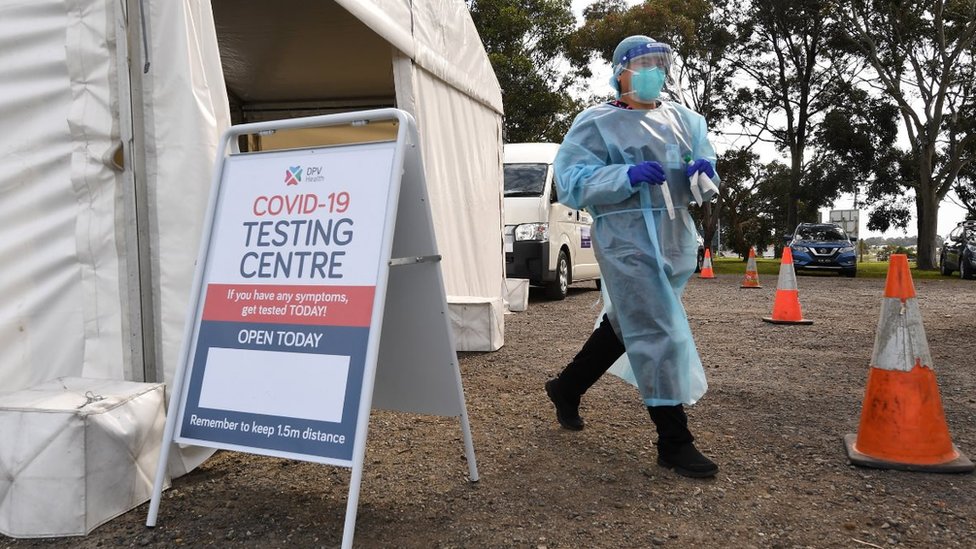 The state of Victoria – the epicentre of the country’s Covid-19 outbreak – recorded 14 new infections to Sunday morning, down from 21 the day before.

New South Wales and Queensland reported two cases each. The remaining states are yet to report their figures, but rarely record any new cases.

Figures were last this low on 23 June.

Victoria’s Premier Daniel Andrews said the numbers were “cause for great optimism”. His state, which has accounted for 75% of Australia’s 26,900 cases and 90% of its 849 deaths, has been under lockdown since early July.

Melbourne, the capital, has been under tighter restrictions than other areas, including a curfew and stay-at-home orders. Anti-lockdown protests in the city have become a regular sight.

On Sunday, demonstrators gathered in the central business district, according to local media. Saturday’s protest, in a park, saw protesters being dispersed by police on horseback.

However, Mr Andrews has defended the state’s strict lockdown, pointing to rising cases in Europe.

“It’s heartbreaking to see all of those communities have given – all the sacrifice they’ve made – and now they’ve got cases running perhaps more wildly than their first wave,” he told reporters.

Melbourne has started to ease its restrictions, saying it will lift the curfew and exercise limits on 26 October if there are fewer than five new cases per day.