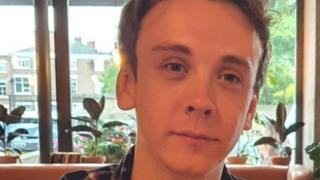 A 23-year-old man who was fatally stabbed in Birmingham city centre has been named as Jacob Billington.

Mr Billington was stabbed to death in Irving Street in the early hours of Sunday while he was out with old school friends, police said.

Seven other people were injured in attacks at four locations over a period of 90 minutes.

A 27-year-old man has been arrested on suspicion of murder and attempted murder and remains in police custody.

West Midlands Police said Mr Billington was out with old school friends from Liverpool who were visiting the city.

One of his friends, also 23, was seriously injured and remains in hospital in a critical condition.

In a statement Mr Billington’s family said: “Jacob was the light of our life and we have been devastated by his loss.

“He was a funny, caring and wonderful person who was loved by every single person he met.

“He lit up every room with his boundless energy and witty humour and the loss of such a special person will be felt by all who knew him for years to come.”