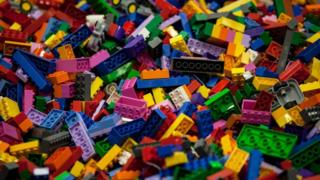 Toy company Lego is to start phasing out plastic bags in its packaging from 2021 as it moves towards recyclable paper ones.

Lego said it had received calls from children asking it to remove single-use plastic and become more sustainable.

It said it would be investing up to $400m (£310m) over three years to improve its sustainability efforts.

And UK supermarket chain Iceland is also pushing for less plastic in products within the retail industry.

“As a company who looks to children as our role models, we are inspired by the millions of kids who have called for more urgent action on climate change,” Lego Group chief executive Niels B Christiansen said.

“We have received many letters from children about the environment asking us to remove single-use plastic packaging,” he added.

The toy company will begin to phase out single-use plastic bags in Lego boxes to package the loose bricks from next year, when it will trial recyclable paper bags.

This is part of Lego’s ambition to make all its packaging sustainable by the end of 2025.

“Children liked the paper bags being trialled in 2021 as they were environmentally friendly and easy to open,” Mr Christiansen added.

In 2015, Lego set a target to make its products from sustainable materials by 2030. As part of this pledge it will expand the use of bio-bricks, such as those using sugar cane as a component.

Pressure has been growing on retailers to reduce their use of plastic bags. In England, the fee for plastic shopping bags in will be doubled to 10p and extended to all shops from April 2021.

On Wednesday, UK supermarket chain Iceland announced it had joined forces with Friends of the Earth, Greenpeace, A Plastic Planet and Surfers Against Sewage to commit to greater transparency on plastic consumption.

Iceland has now published its own plastic footprint, amounting to more than 32,000 tonnes across its UK and international operations in 2019. It will continue to publish on an annual basis

The company said its commitment to eliminate all plastic packaging from its own label products by the end of 2023 has made significant progress.

“UK supermarkets are starting to cut the amount of single-use plastic packaging they produce, but we need them to move faster and think bigger,” said Greenpeace UK plastic campaigner Nina Schrank.