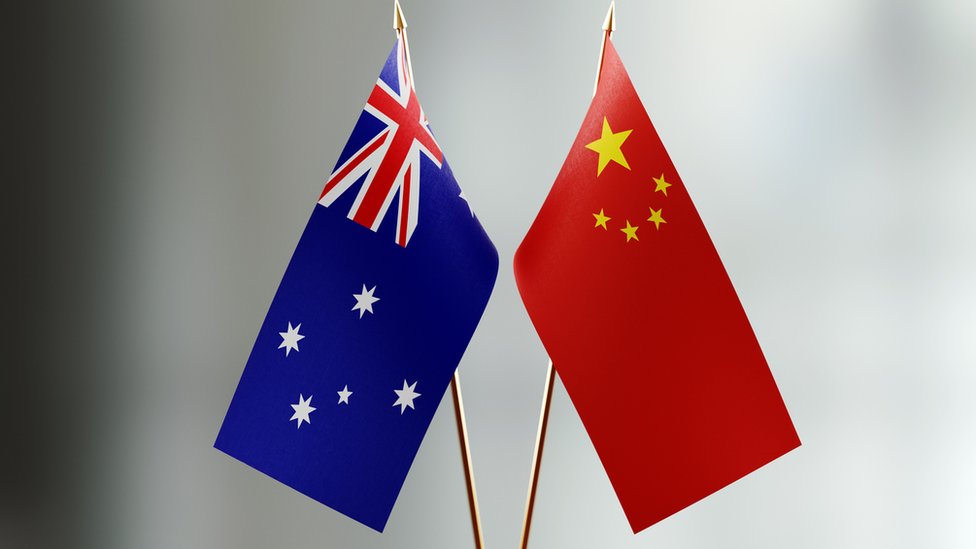 China’s state media says Australian agents raided the homes of Chinese journalists in June, in the latest flare of tensions between the nations.

The reports come a day after the last two journalists working in China for Australian media flew home after a tense diplomatic stand-off.

On Wednesday, two state mouthpieces said the Chinese reporters had been asked not to report the June incident.

Australian police and intelligence agencies said they would not comment.

The reporters were told to “be silent” about the incident, Xinhua said, without citing sources.

Another state media outlet, The Global Times, said the Chinese journalists were questioned and their computers and smartphones seized, citing an unnamed source “close to the matter”.

It also cited anonymous experts as saying: “The incident exposed Australia’s hypocrisy in upholding so-called “freedom of the press”.

According to Xinhua the raids took place on the same day the home and office of Australian politician Shaoquett Moselmane were raided.

In a statement on Wednesday, the Australian Security Intelligence Agency (Asio) said: “As is long-standing practice, Asio does not comment on intelligence matters.”

Mr Moselmane, a state lawmaker in New South Wales (NSW), has previously said he is not a suspect in an Australian investigation into allegations that Chinese agents infiltrated his office.

Australian media said on Wednesday that Chinese journalists were part of a WeChat group linked to a part-time staffer of Mr Moselmane.

Xinhua claimed Mr Moselmane had been targeted for his praise of China’s response to the coronavirus pandemic.

Relations between Australia and China have been strained in recent years and plummeted sharply after Canberra backed an international inquiry into the origins of the coronavirus pandemic.

The pair were eventually allowed to leave China after being interviewed by police over the case of another Australian journalist being held in the country.

The Foreign Correspondents’ Club of China said on Monday that a record 17 foreign journalists were expelled from the country in the first half of 2020.

Opinion: What Biden’s top economic priority must be

Opinion: What Biden’s top economic priority must be