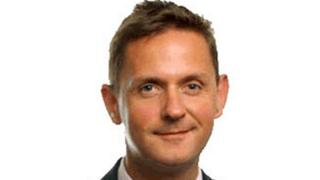 The government’s most senior lawyer has become the sixth leading civil servant to announce his departure this year.

Sir Jonathan Jones, permanent secretary to the Government Legal Department, has resigned and will leave the role in April at the end of his five-year term.

It comes amid suggestions ministers plan to override elements of the Brexit Withdrawal Agreement in a new bill.

A spokesman for the Attorney General’s Office confirmed Sir Jonathan had resigned but did not comment further.

The Financial Times attributed the move to “suggestions that Boris Johnson is trying to row back on parts of last year’s Brexit deal relating to Northern Ireland”.

The newspaper added people “close to Sir Jonathan said he was ‘very unhappy’ about the decision to overwrite parts of the Northern Ireland protocol”.

The resignation comes as the UK government is due to unveil an Internal Market Bill that could affect post-Brexit customs and trade rules in Northern Ireland.

Under the UK’s exit deal, Northern Ireland is due to stay part of the EU’s single market for goods in a bid to avoid creating a hard border with the Irish Republic.

In parallel with talks over a post-Brexit trade deal, the UK and EU are negotiating the precise nature of new customs checks that will be required.

On Tuesday, Northern Ireland Secretary Brandon Lewis said the bill would provide the UK with a “safety net” in case the talks to iron out border arrangements fail.

He told MPs the bill would break international law in a “very specific and limited way” by giving UK ministers the power to override EU law in “tightly defined circumstances” if border negotiations broke down.

But he insisted the UK’s “leading priority” was to try to work out the application of the protocol through negotiation with the EU.

Sir Jonathan is the latest permanent secretary – a senior civil servant leading a government department – to leave office this year.

At the beginning of September, Simon Case was appointed as cabinet secretary and head of the civil service, after his predecessor Sir Mark Sedwill stood down.

Sir Mark’s exit followed reports of tensions between him and senior members of Mr Johnson’s team.

Sir Jonathan, who is a QC, was knighted in December 2019 for his legal services to the government. The honour recognised his work on constitutional issues and the EU Withdrawal Agreement.

In response to Sir Jonathan’s resignation, the shadow attorney general, Lord Charlie Falconer, said he was “an impressive lawyer and a loyal civil servant”.

He added: “If he can’t stay in public service, there must be something very rotten about this government. This resignation indicates that senior government lawyers think that the government is about to break the law.”

“Any government figure of any integrity would be appalled at these plans,” she added.

Dave Penman, general secretary of the FDA union – which represents senior civil servants – said both ministers and officials were obliged to uphold the rule of law.

“It’s extraordinary that the government’s most senior legal adviser has decided he has no choice but to resign over an issue that he presumably believes conflicts with his own and ministerial obligations,” he added.

Six Nations: Debut tries for Hugo Keenan and Will Connors in Ireland’s 50-17 win over Italy