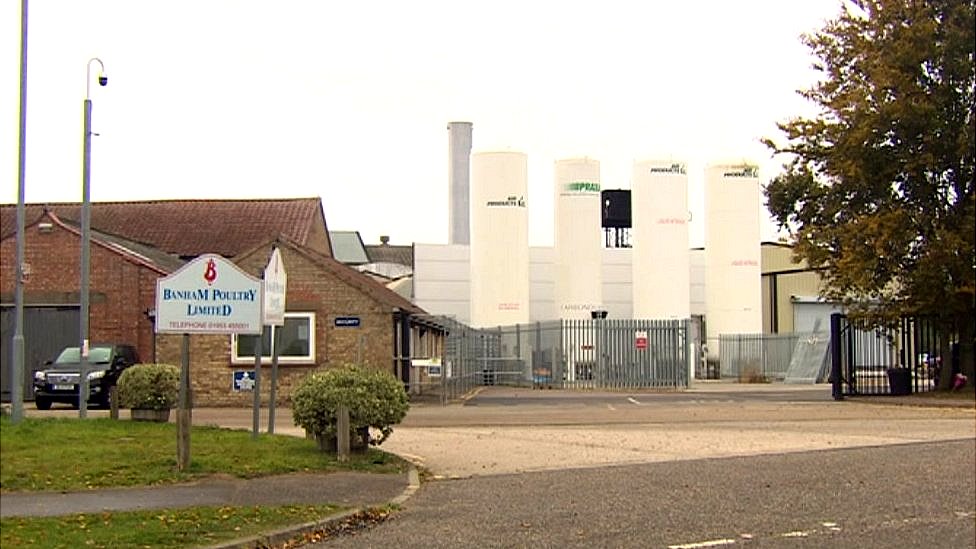 A poultry factory’s Covid-19 outbreak has not spread to the wider community, a public health official said.

The number of cases at Banham Poultry in Attleborough, Norfolk, has increased to 127, with a further 22 cases linked to the outbreak.

But the overall number of cases in the county has come down and more than 100 of the staff are returning work.

Norfolk was designated an

an area of enhanced support last week due to the outbreak.

Dr Smith said 735 factory workers had been tested and a further 1,125 tests carried out “across the community”.

Of those who tested positive in the community tests, five were members of households of positive Banham workers, while 11 were “in the community” and six had yet to be identified.

Dr Smith said the average number of coronavirus cases in Norfolk was coming down, with 8.7 cases per 100,000 from the latest figures, compared to 18.3 per 100,000 at the height of the outbreak.

“The evidence still shows no wider spread in the community, but we continue to monitor this carefully on a daily basis,” she said.

Public health officials said two thirds of contacts in the outbreak had been traced, with NHS Track and Trace receiving support from Essex County Council.

They also agreed that 108 staff could return to work at Banham Poultry, but urged those returning to take a test beforehand.

MP for Mid Norfolk, George Freeman, said that Banham Poultry should be eligible for financial support because of the partial closure.

Andrew Proctor, leader of Norfolk County Council, said he been in touch with Mr Freeman and the government “to see what the implications are of the outbreak for Banham Poultry”.