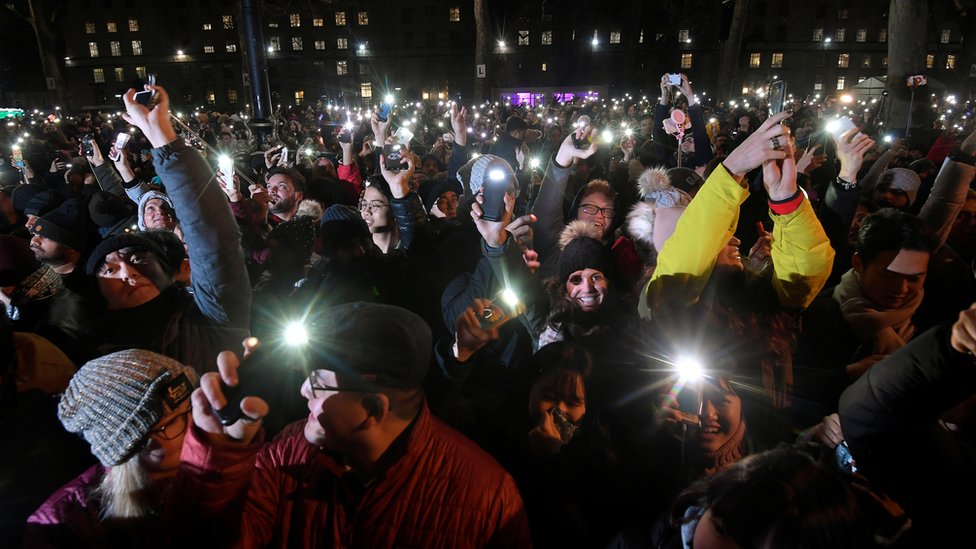 London’s New Year’s Eve fireworks have been cancelled due to the coronavirus pandemic, the mayor has revealed.

About 100,000 people normally pack the streets around Victoria Embankment for the annual event.

LBC that “we simply can’t afford to have numbers of people congregating”.

He said they were instead “working on something people can enjoy in the comfort and safety of their living rooms on TV”.

Explaining the need for something to replace the fireworks, Mr Khan said London “really can’t lose that slot… because New Year’s Eve is a really good opportunity for the rest of the world to see how wonderful our city is”.

He added that it was important to “continue investing in our city” to try to attract tourists “particularly during a recession”.

A mayoral spokesperson told the BBC that City Hall was “working up plans to ensure that we usher in the new year in London in a spectacular but safe way”, adding that an announcement would be made “in due course”.