Coronavirus: What are the UK travel quarantine rules? 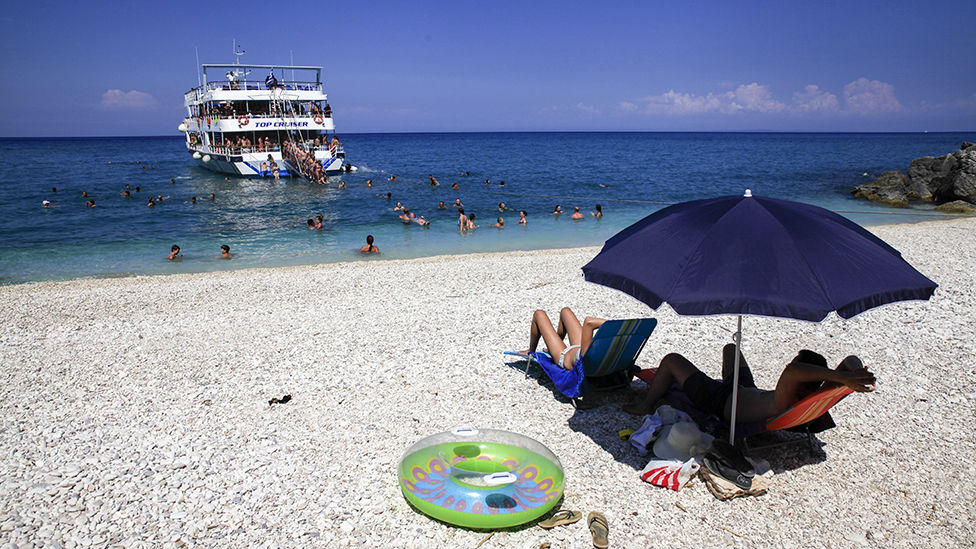 Quarantine restrictions will apply to people entering England from some parts of Greece but not others as regional travel corridors are introduced.

It comes after the UK split on the quarantine rules, meaning those arriving into England, Wales, Scotland and Northern Ireland from abroad face slightly different restrictions.

What happens if you are told to quarantine?

Which places do quarantine rules apply to?

Anyone entering England, Scotland, Wales and Northern Ireland from somewhere not on that nation’s list of exempt ”travel corridors” must go into self-isolation for two weeks.

The Joint Biosecurity Centre (JBC) – set up by the government to monitor coronavirus – works with the chief medical officers of each UK nation and advises on where should be on the list.

The decision is usually made when 20 or more people out of every 100,000 in a country, or island, are infected over seven days, but other factors are also considered. These include:

The government in England has introduced ”regional travel” corridors, meaning it may impose separate quarantine rules to a country’s mainland that it applies to one or more of its islands.

To this effect, seven Greek islands where coronavirus rates pose ”a significant risk to UK public health” will go on England’s quarantine list from 04:00 BST on 9 September. But travellers entering from the rest of Greece will not face restrictions.

What are the quarantine rules?

Almost everyone entering the UK – including British nationals – must fill in a ”passenger locator” form, regardless of whether or not they need to quarantine.

The form asks travellers to provide their contact details and UK address.

If someone who is required to self-isolate does not provide an address, the government will arrange accommodation at the traveller’s expense.

For 14 days, starting from the day after arrival, people who are quarantining should not:

People returning from overseas will not be automatically eligible for statutory sick pay during this period, unless they meet the required conditions – such as displaying coronavirus symptoms.

What if I travel to a part of the UK with different restrictions?

The rules are complicated if you enter a UK nation which doesn’t require you to quarantine, but then travel to another part of the UK that does within 14 days.

The measures apply to visitors to Scotland ”irrespective of their point of entry into the UK’,’ the government says.

If you travel to Wales, you will need to isolate for up to 14 days, minus the number of days you have already spent in the UK.

You don’t have to fill in a new passenger locator form but must update any relevant information, including the address you will be staying at.

Can you be fined for breaking the rules?

The government has warned travellers that breaking quarantine rules is a criminal offence, and that they face a fine and potentially a criminal record.

Those not self-isolating when they are supposed to can be fined £1,000 in England, Wales and Northern Ireland, or £480 in Scotland. There are fines up to £5,000 for persistent offenders.

There is also a fine of £100 for not filling in the passenger locator form.

One in five eligible passengers will be called or texted to check they are following the rules.

Where can I go without quarantining?

Travellers from more than 50 countries deemed ”low risk” do not have to quarantine, although some of these countries impose restrictions on travellers entering from the UK.

An updated list of these ”travel corridor” countries is published by the administrations in England, Wales, Scotland and Northern Ireland.

Anyone arriving from the Common Travel Area (CTA) – the Republic of Ireland, the Channel Islands, or the Isle of Man – does not have to enter quarantine if they have been in the CTA for at least 14 days.

You don’t need to self-isolate if you drive through a non-exempt country, as long as you don’t stop in the country to get out of the car and no-one else gets in.

If you are on public transport, you are exempt from quarantine if no new passengers get on while in the non-exempt country and no passenger mixes with people outside or enters a public space at a stop.

Which workers are exempt from quarantine?

There are a number of people who are exempt, regardless of where they are flying from, including:
Are you planning to travel to or from the UK? How will the quarantine regulations affect you? Share your experiences by emailing [email protected].

Please include a contact number if you are willing to speak to a BBC journalist.

Move over, toxic bosses: Politics has US workers wanting to quit | US & Canada News

Move over, toxic bosses: Politics has US workers wanting to quit | US & Canada News