Coronavirus: Will the ‘eat out to help out scheme’ be extended? 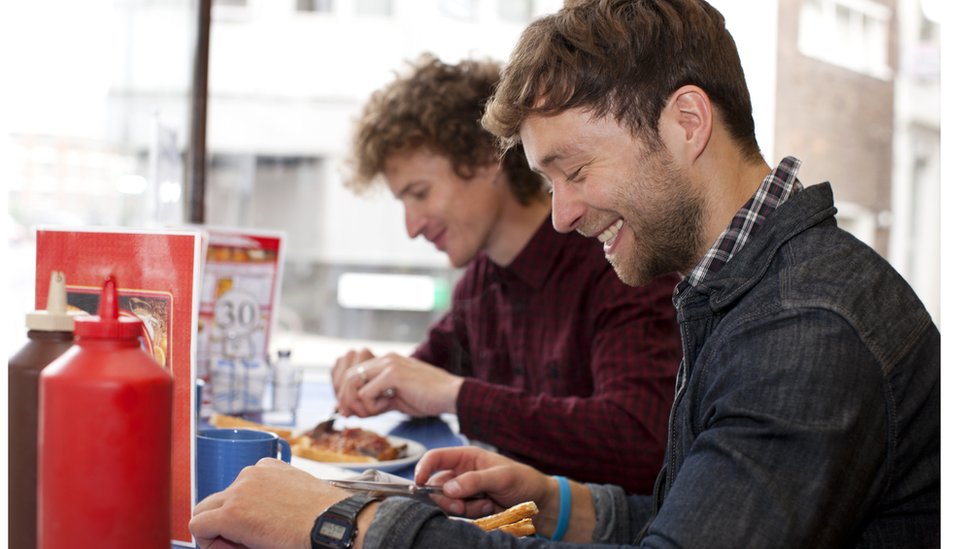 The “eat out to help out” scheme, which gives diners up to 50% off their bill, is due to end on Bank Holiday Monday (31 August).

64 million discounted meals were ordered during the first three weeks of the scheme.

The Treasury has resisted calls to extend the scheme but several restaurants say they will carry it on at their own expense.

Which restaurants say they will offer the discount for longer?

Chains pledging to continue offering some form of discount include:

A longer list – including independent venues taking part by region – can be found here.

This is separate from the government scheme, so the discounts on offer may vary or change.

How has the Eat Out To Help Out scheme worked?

The UK-wide government promotion gives people up to 50% off when eating – or drinking soft drinks – in a participating restaurant or other food establishment.

The maximum discount is £10 per person.

It is valid all day Monday, Tuesday and Wednesday throughout August.

Food and drink appear on the menu at full price, but the restaurant takes the money off the bill before claiming it back from the government.

Can I eat and drink anything?

The discount is only on food and soft drinks that you intend to consume on the premises.

It does not apply to takeaways.

There is no limit on how many times you can use the discount, or for how many people, including children.

There’s no minimum spend and you don’t have to order food to be eligible. For example, a £3 coffee would cost £1.50 under the scheme.

The offer can be used in combination with any other promotions and discounts being offered by the venue.

Which food and drink places are taking part?

More than 83,000 businesses have signed up to the promotion. These include:

Catering services, bed and breakfasts and mobile food vans are not eligible.

Lots of local independent pubs, restaurants and cafes have been taking part, as well as big chains.

To be eligible they must have a designated dining or drinking area, or access to one. They must have been registered with their local authority since at least 7 July 2020.

A search tool allows people to search for participating local venues within a five-mile radius.
The search tool may not include big chain restaurants taking part, a list of which can be found here. They include:

What are the rules for eating out?

Pubs, bars, cafes and restaurants can now reopen indoors, with guidance issued for England, Scotland, Wales and Northern Ireland on measures they must take to keep customers and staff safe.

These include social distancing, controlled access to toilets and the option of ordering food on apps.

Hospitality venues must also collect and keep the details of at least one person in your party for 21 days. This is in case they are needed for contact tracing.

You do not have to provide your details, but bars and restaurants have the right to refuse you service.

Why was ‘eat out to help out’ introduced?

Hospitality is one of the UK’s biggest employers and has been hit especially hard by lockdown. In April, 80% of venues closed, and 1.4 million hospitality workers have been placed on furlough at some point since then.

Some venues have been able to provide a takeaway service during lockdown. But this often means lower average spending per head and fewer people employed.

The scheme has been used alongside other targeted help, such as a cut in VAT for hospitality and tourism businesses.

Why has the scheme been criticised?

Several fast-food chains have taken part in the scheme, which has drawn criticism from some anti-obesity campaigners. The National Obesity Forum, for example, has said it was a ”green light to promote junk food”.

The discount scheme sits alongside the government’s healthy eating plan that bans “buy one get one free” deals on unhealthy food, amid growing evidence of a link between obesity and an increased risk from coronavirus.

When asked if the government was promoting mixed messages, Care Minister Helen Whately said under healthy eating plans, large chain restaurants will have to publish calorie breakdowns of their meals, helping diners to make an ”informed choice”.

Hits and misses from the final presidential debate

Sheffield Shield catch-up – Allrounders to the fore, Test batsmen shine, and all eyes on Cameron Green