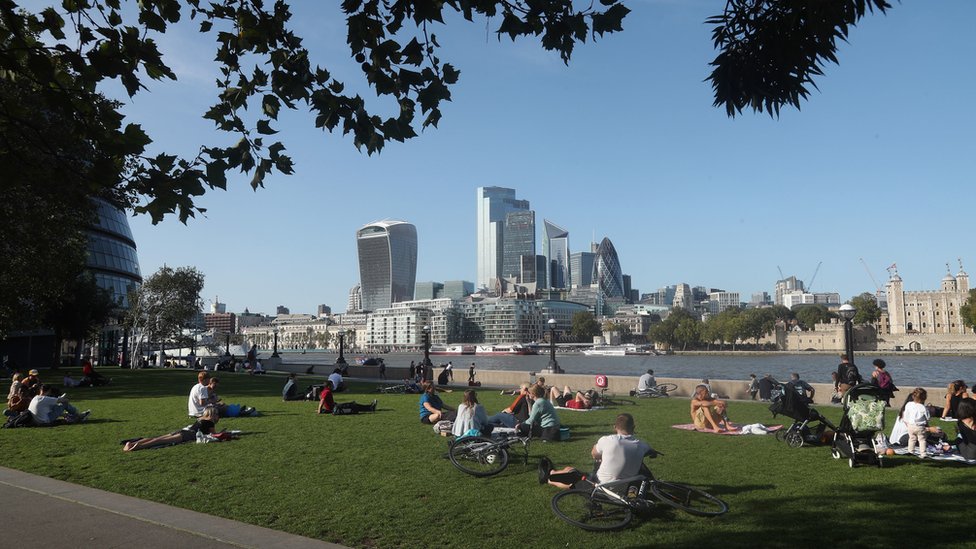 Measures to slow the spread of Covid-19 in London are becoming “increasingly likely”, its mayor has said.

Sadiq Khan made the announcement after holding an emergency meeting with London council leaders, the government and Public Health England.

He said he was extremely concerned by evidence of the accelerating speed with which coronavirus was spreading in the city.

It comes amid warnings of

a “second wave” of the virus across the UK.

Mr Khan said the situation was being made worse by uncertainty over the lack of testing capacity in the capital.

‘We should not wait’

He said: “It is increasingly likely that, in London, additional measures will soon be required to slow the spread of the virus.

“We will be considering some of the measures which have already been imposed in other parts of the UK.

“I am of the firm view that we should not wait, as happened six months ago, for this virus to again spiral out of control before taking action.”

Londoners have been urged to be as cautious as possible over the weekend, by following social distancing rules, washing hands and wearing face coverings.

Mr Khan said: “The best thing for both public health and the economy is new restrictions imposed early, rather than a full lockdown when it’s too late – but the government must urgently ensure there is a fully functioning testing system.”

The sharp rise in UK cases over the last two weeks comes amid ongoing problems with the government’s test and trace programme, leading to people struggling to access tests.
The government says testing capacity – which it defines as how many can be processed in the lab each day – is higher than ever.