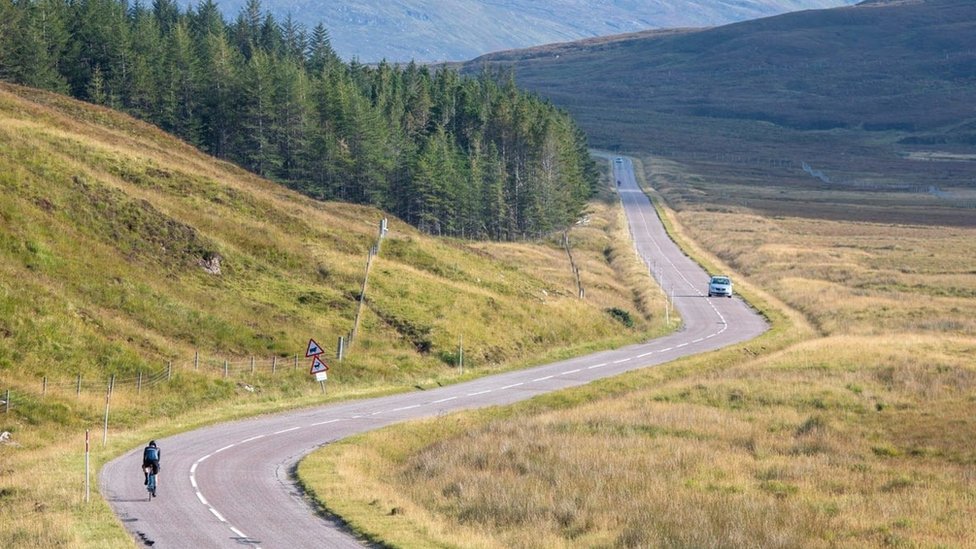 A Scottish cyclist who was hit by a car at 70mph while riding across North America on a round-the-world trip, is believed to have set a new world record for the North Coast 500 route.

Mark Beaumont first did the route in 37hrs and 58 mins.

The record is yet to be verified by Guinness World Records.

On 21 December last year, Mr Quigley was hit by a vehicle in Flat, Texas. He had operations on a broken heel and ankle as well as a stent fitted in an artery in his neck, which feeds blood to his brain.

His big goal in 2020 was to recover from his injuries and get back to Texas to finish his round-the-world cycle.

However, the coronavirus pandemic meant he was unable to return to complete it.

For his latest non-stop challenge he had to cycle through the night in 12 hours of total darkness.

It was estimated he would burn more than 20,000 calories and would consume all his food and drink while on his bike.

Guinness World Records has been contacted by BBC Scotland.