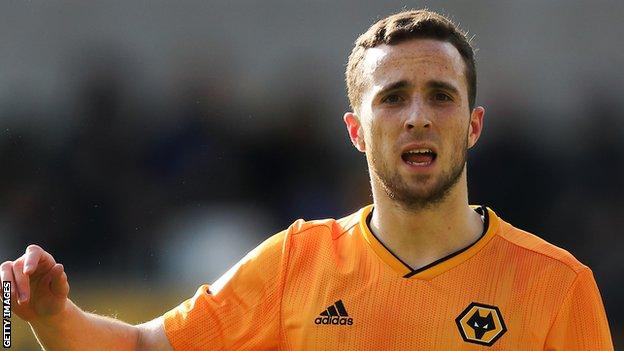 Liverpool have agreed to sign Wolverhampton Wanderers forward Diogo Jota for £41m in a deal that could rise to £45m with add-ons.

In a separate deal, Wolves are set to sign 18-year-old Dutch defender Ki-Jana Hoever from the Reds.

Jota can play across the forward line and would provide cover for Liverpool’s vaunted front three of Sadio Mane, Roberto Firmino and Mohamed Salah.

He has made 131 appearances for the Molineux side, scoring 44 goals, including hat-tricks in last season’s Europa League victories against Besiktas and Espanyol.

Jota is in line to become Liverpool’s third summer signing following the arrival of Spain midfielder Alcantara and Greece left-back Kostas Tsimikas for about £11.7m.