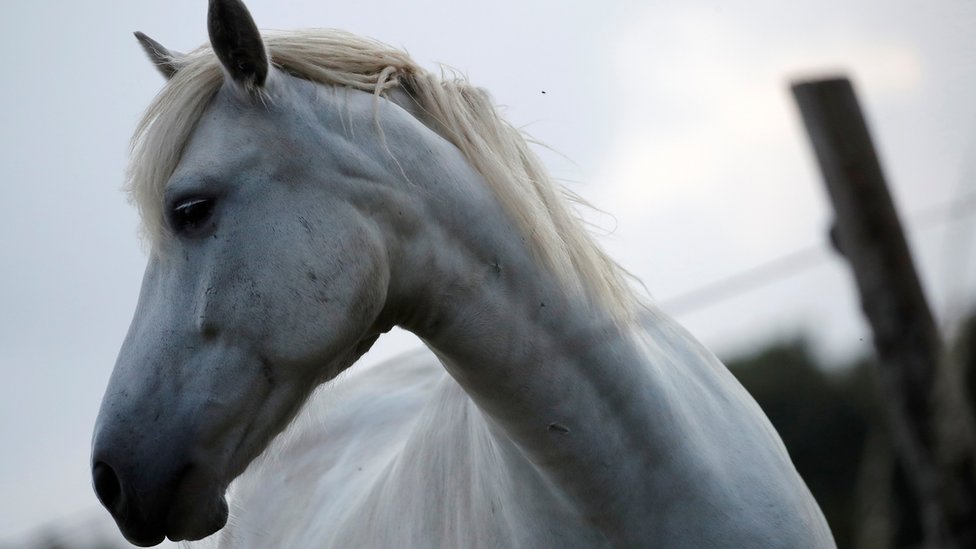 French police have released a suspect detained during an investigation into a series of mystery horse mutilations across the country in recent months.

The 50-year-old had earlier been arrested at his home in Alsace.

He was detained after

a sketch was issued of the man wanted for an attack in Yonne, north-west of Dijon, late last month.

Dozens of horses have been killed or maimed this year. The latest attack occurred south of Dijon on Sunday.

The owner called police at around 02:00 local time (01:00 BST) after seeing lamp lights in his meadow.

There were no serious injuries inflicted but in previous incidents animals have been left with their ears and genitals cut off.

Police do not know why the horses are being targeted. They also do not know whether it is the work of one person or if initial attacks have inspired copycat killings.

The suspect was detained on Monday morning in the town of Nambsheim, near the German border but he was released hours later after his alibi was confirmed by police. Analysis of his mobile phone records also indicated he was not in the Yonne area at the time of the 24 August attack, the prosecutor was reported as saying.

An initial search at his home had not yielded any information.

Interior Minister Gérald Darmanin said on Monday that 153 cases were being investigated in more than half of France’s regions: “thirty of the attacks are particularly serious, in other words they involved the deaths of horses or very violent injuries.”

He appealed to French people to pass on anything of use to police, but “not to take the law into their own hands”.