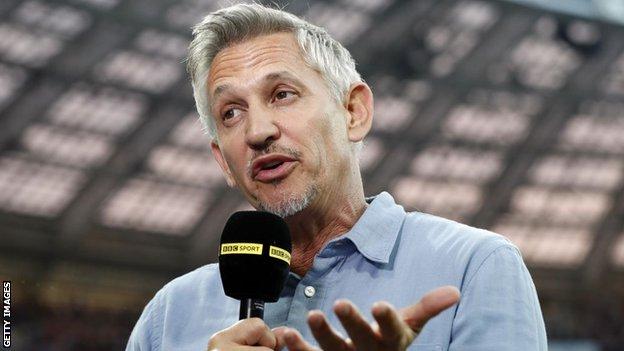 Match of the Day presenter Gary Lineker has signed a new contract that will keep him at the BBC until 2025.

The former England striker’s new deal includes a 23% pay cut and will see him continue to host Match of the Day.

He will also front the BBC’s FA Cup coverage, major football tournaments and BBC Sports Personality of the Year.

“I love working with the BBC, and am very proud to continue to be a part of their outstanding football team,” said Lineker, 59.

“I’m looking forward to the next five years – with a European Championship and World Cup on the horizon, it’s exciting times for me and the team.”

Philip Bernie, BBC Head of TV Sport, added: “Gary is the outstanding football presenter of his time. The BBC is extremely pleased to have him leading our coverage so exceptionally for another five years.”

Lineker began presenting Match of the Day in 1999 having previously operated as a pundit on the show.

During his playing career he represented clubs including Leicester City, Everton, Barcelona, Tottenham and Nagoya Grampus Eight, and won 80 caps for England.