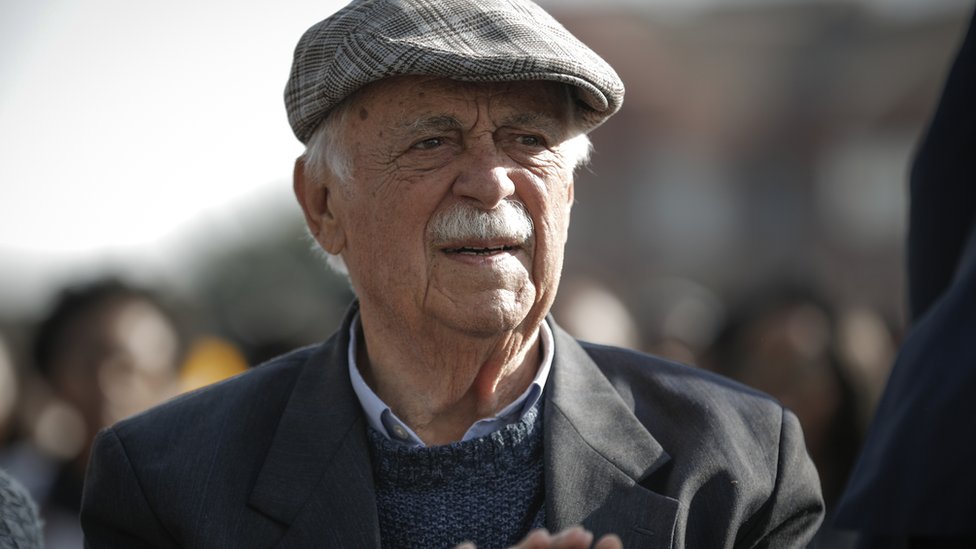 After representing some of the country’s best known political activists during the apartheid years, Mr Bizos became one of the architects of South Africa’s new constitution.

His family said he “died peacefully at home of natural causes”.

Leading tributes on Wednesday, President Ramaphosa described Mr Bizos as an “incisive legal mind”, and said his death was “very sad for us as a country”.

Who was George Bizos?

He was born in Greece but came to South Africa at the age of 13 as a World War Two refugee and settled in Johannesburg, where he trained as a lawyer.

He is most widely known for his work with Nelson Mandela.

Mr Bizos was one of the lawyers who represented Mandela at his treason trial, which began in 1956.

The lawyer also represented Mandela during the Rivonia Trial, when he and seven others were sentenced to life imprisonment in 1964 on charges of seeking to overthrow the apartheid government.

Mr Bizos is credited with adding the words “if needs be” to Mandela’s famous speech at the trial, in which he said he was prepared to die.

“The friendship between him [Mr Bizos] and Mandela spanned more than seven decades and was legendary,” the Nelson Mandela Foundation said in a statement on Wednesday.

After the end of white minority rule, Mr Bizos helped to write South Africa’s new constitution, and represented families of anti-apartheid activists who had been killed during apartheid at the Truth and Reconciliation Commission.

In one of his last major trials, he secured government payouts for families of 34 mine workers who were killed by South African police in 2012.