How will Saturday’s Scottish Premiership test events with fans work? 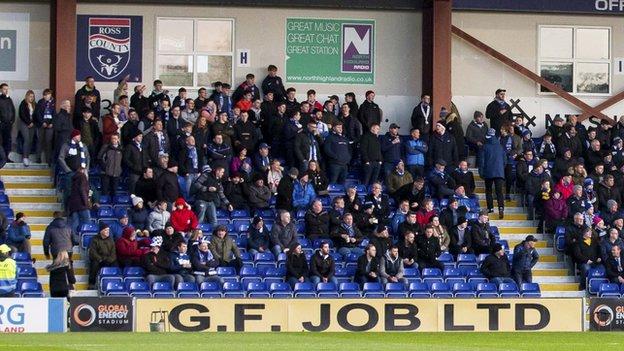 For the first time since March, fans will be at a Scottish football match on Saturday.

Up to 300 Aberdeen supporters will be able to watch their side welcome Kilmarnock, while the same number of Ross County followers can attend the visit of champions Celtic.

But how will it work?

Aberdeen fans can enter a ballot until 17:00 BST on Wednesday to decide who will attend Pittodrie.

Those who bought season tickets before 10 July are eligible, with the first 7,500 who purchased this summer given priority. Non-season ticket holders cannot enter.

The club will also “ensure a spread of different size groups and ages”.

County will also hold a ballot, restricted to season-ticket holders who are also part of the Staggies Army supporters group. In this case, fans need not apply to be part of the draw.

What rules are in place?

Obviously, anyone who is in quarantine, unwell or displaying Covid-19 symptoms should not attend.

Temperatures will be checked before going into the stadium, hands should be sanitised, and face masks worn at all times.

Once in the ground, two metre social distancing rules should be adhered to, those climbing stairs should be given priority, and fans must sit in their allocated seat.

No kiosks will be open and perhaps most difficult of all… “chanting/shouting/singing are to be avoided to help reduce the risk of infection”. 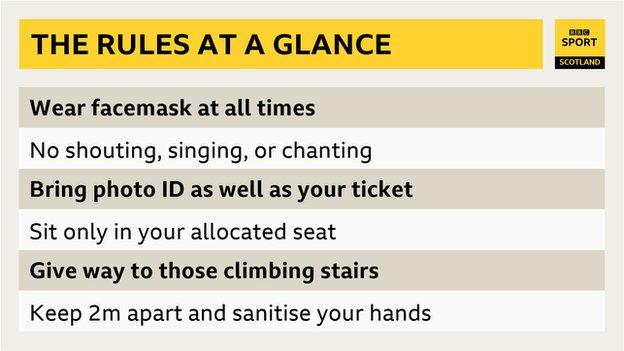 Aberdeen hope to get confirmation they can admit 750 supporters to the following Sunday’s match against Motherwell at Pittodrie.

But first an update of some kind is expected from Scotland’s First Minister Nicola Sturgeon on Thursday – an announcement that could either continue, or indeed halt, the test event process.

Speaking to Sportsound on Tuesday, SPFL chief executive Neil Doncaster said there is “no firm timeline” to increase numbers at games.

“We should be looking to ensure these two events this weekends are a success,” he explained. “That should give everyone more confidence for future events.

“We all want the atmosphere fans create back at grounds. Clubs need fans back in the stadia in order to survive economically.

“It’s a very, very difficult financial balancing act at present and we need to have a route map back to fans in stadia – that’s why this weekend is so important.”

For Amazon, Apple, Facebook and Google business is booming