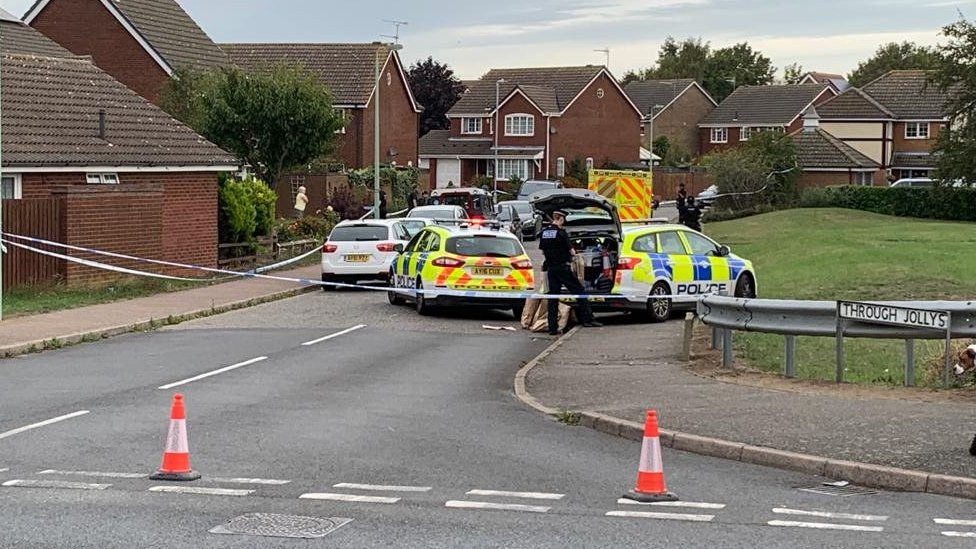 A teenager has been charged with attempted murder and firearms offences after a schoolboy was shot.

The victim was shot at about 08:40 BST on the Grange Farm estate in Kesgrave, Suffolk, on Monday.

The Year 11 Kesgrave High School pupil is in a critical condition.

A 15-year-old boy from the Woodbridge area, who cannot be named for legal reasons, has been charged with attempted murder and possession of a firearm with intent to endanger life.

He has also been charged with possession of a firearm with intent to cause fear of injury.

The boy has been remanded in custody and will appear via video link before Norwich Magistrates’ Court on Wednesday.

The victim sustained serious injuries and was airlifted to Addenbrooke’s Hospital in Cambridge.

Friends Walk was reopened earlier on Tuesday following the completion of police searches in the area.

Police said a “long-barrelled gun” had been recovered.

A police spokesman said officers would “continue to engage with school children, teachers, parents and local residents to provide reassurance”.

“The constabulary will also have a police pod located in Through Jollys that will provide a strong visible presence to local people,” the spokesman added.

Supt Kerry Cutler said: “Everybody is shocked, Kesgrave is on the outskirts of Ipswich, it is almost a semi-rural area, it’s very much a residential area, this is not something we’ve seen in that area before and people will be impacted by it.

“The investigation goes on and we’re still appealing for anybody who saw anything or has any information to come forward.”