Russia’s Navalny out of coma after poisoning 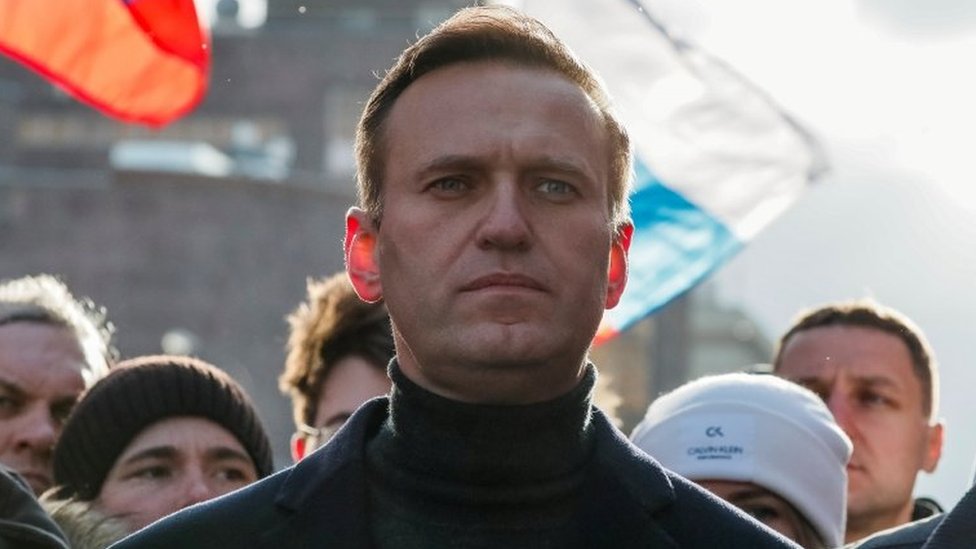 Russia’s poisoned opposition figure Alexei Navalny is out of an induced coma and his condition has improved, says Berlin hospital.

Doctor say he is responding to verbal stimuli. Mr Navalny was flown to Germany after falling ill on a flight in Siberia in July.

His team say he was poisoned on orders from Russian President Vladimir Putin, who denies involvement.

German doctors say he was poisoned with a Novichok nerve agent.

On Monday the Charité hospital in Berlin tweeted that Mr Navalny was being weaned off mechanical ventilation.

It is too early to assess the long-term impact of the poisoning, the hospital adds.

This breaking news story is being updated and more details will be published shortly. Please refresh the page for the fullest version.

You can receive Breaking News on a smartphone or tablet via the BBC News App. You can also follow @BBCBreaking on Twitter to get the latest alerts.