Ryan Fraser: midfielder ‘got battered’ for not signing Bournemouth extension 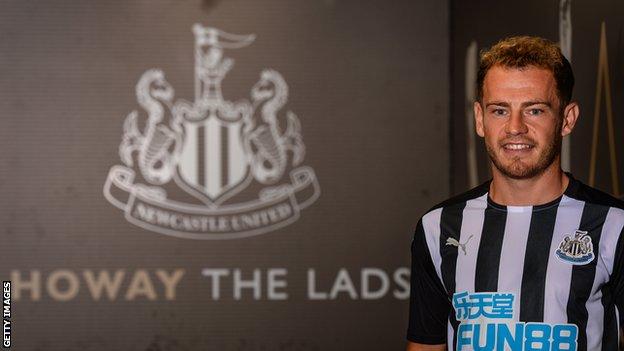 Newcastle midfielder Ryan Fraser says he “got battered” for his decision not to play for Bournemouth after the Premier League restart.

Bournemouth were relegated on the last day of the season by one point. Fraser has now signed for the Magpies as a free agent.

Speaking as he was unveiled by the Tyneside club on Wednesday after signing a five-year contract, Fraser said: “Obviously I made the decision not to play and got battered for it.

“Everyone has got their opinions but, at the end of the day, I need to look after myself. My contract was done, so it’s not like I refused to play any games.

“Nobody saw this virus coming. If the virus didn’t come, I would have played every game under my contract.”

Fraser, who began his career with Aberdeen before joining Bournemouth in 2013, admits he was “gutted” by the south coast club’s relegation but is now targeting a Newcastle debut at West Ham on Saturday, plus a return to the Scotland squad.

He added: “I’ll show the Scotland manager the vital games we have coming up, which are going to be huge for the nation, I want to be playing.”