The National Trust homes where colonial links are ‘umbilical’ 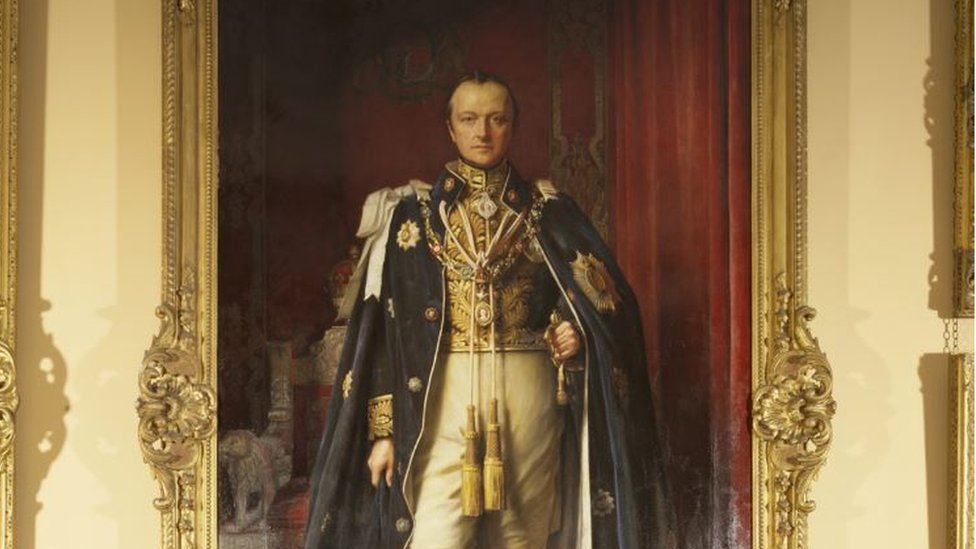 A stroll around a country house is, for many, the ideal way to spend a Sunday afternoon. But the National Trust is calling on visitors to view its properties with fresh eyes, as the beneficiaries of a British Empire that reflects a murky past.

Prof Corinne Fowler “didn’t anticipate the catalyst of Black Lives Matter” when she first pitched an idea to the National Trust, back in 2017, to organise a children-led project about its properties’ colonial connections.

the protests fuelled calls for statues honouring those with links to slavery and racism to be taken down, and one “degrading” statue of a black man outside the trust’s Dunham Massey property in Greater Manchester was removed.

The initial finding of Prof Fowler’s project was that up to a third of the National Trust’s 300 UK houses have links to colonialism. “I expected [the links] to be extensive but I didn’t expect there to be that many: the connection was umbilical.”

On display in Charlecote, a 16th Century house near Stratford-upon-Avon, is a painting from 1680 by Godfrey Kneller that shows Thomas Lucy – then Charlecote’s owner – with a black servant.

“We believe it was his black page,” said Prof Fowler, who teaches colonial studies at the University of Leicester. “The boy is shown wearing a metal slave collar. We don’t know if this collar was real or symbolic.”

Prof Fowler said the painting was interesting because it opened up the history of a black presence in country houses in the 17th Century.

“It’s probably earlier than a lot of people realised,” she said. “We think the boy might be called Will Archus.

“We don’t know how long he lived for, or much else about his life, but he was baptised as an adult. He is right on the edge of the painting, in the shadows, and the painting is hung at Charlecote above a doorway in such a way that you can accidentally not see it.”

Set in grounds encompassing serpentine lakes, Kedleston’s Robert Adam-designed stately home is one of the trust’s many impressive Derbyshire properties.

Its collection includes artefacts from around the world, largely thanks to former owner Lord Curzon, who served as Viceroy of India between 1899 and 1905.

“The house includes many artefacts from India and the Middle East from his travels,” said Prof Fowler. “There’s an ivory elephant, a tiger rug and some miniatures from Lucknow, a site of violence during colonial times.”

She said there was nothing on the National Trust’s labels – which were inherited from the V&A – to suggest Lucknow was a site of trauma during colonial times.

The V&A said the basis for the labels in Kedleston’s Eastern Museum appeared to have been a 1907 catalogue of the collection from when it went on display while on loan in London.

“The labels say things like, ‘Native personage on elephant’,” she said. “There are no references to the darker side of colonial history. Part of the legacy of colonialism that we have inherited is the interpretations of previous curators who have been immersed in that colonial mindset.

“It’s a really important shift in our minds, because country houses are seen as epitomising Britishness.”

At first glance, Speke is merely a spectacular Tudor manor house in Liverpool.

But, said Prof Fowler, it is also “a great example of a really major slavery story which is not clear unless you know the background of the house”.

Speke was owned by two families. One of them was the Norris family whose ranks included slave trader Richard Norris, who was central to improvement schemes at Liverpool’s docks that ensured access for ever-larger ships.

“According to the historian Laurence Westgaph, ultimately Norris’s actions were an important contribution to Liverpool’s dominance of the slave trade by the 1740s,” said Prof Fowler.

“The other owners were the Watt family. Richard Watt (1751-1803) started out as a hackney carriage driver who owned a slave ship, sold slaves to plantation owners and had a rum and sugar shopping company himself.

“The money his nephews inherited allowed for the restoration of the family hall, which is what we see today.”

Calke is one of the trust’s most intriguing properties.

With its peeling paintwork and overgrown courtyards, it has been deliberately maintained as a country house in decline, to tell the story of the waning of a style of living that once dominated the English countryside.

“Calke is the perfect example of a house which has direct connections to empire and shows how the country house was steeped in empire,” said Prof Fowler.

“There are a lot of items from formerly colonised countries which are displayed in a typically colonial fashion.

“There’s a case of a Tibetan skull cup, which was a sacred object, nuzzling up against a mosque tile from southern Africa. They are put there by earlier generations completely out of context.

“What we have is a decorative custom of display, with no information about where these objects come from or how they were used.”

The objects are likely to have come to Calke thanks to a mania at the time for collecting items from afar.

The Harpur family, which owned the property from 1622, had connections through marriage with Barbados plantation owners and an East India Company merchant, as well as an Egyptologist, according to Prof Fowler.

“One of the interesting objects at Calke is a globe, dating from 1870, which has red lines showing the farthest reaches of the British Empire at that time – but of course those red lines would creep even further around the globe as the century wore on.”

Other properties included in the project include:

Prof Fowler’s advice for anyone visiting these houses and seeking to find the colonial connections is: