World Trade Organization: How an African head could make a difference 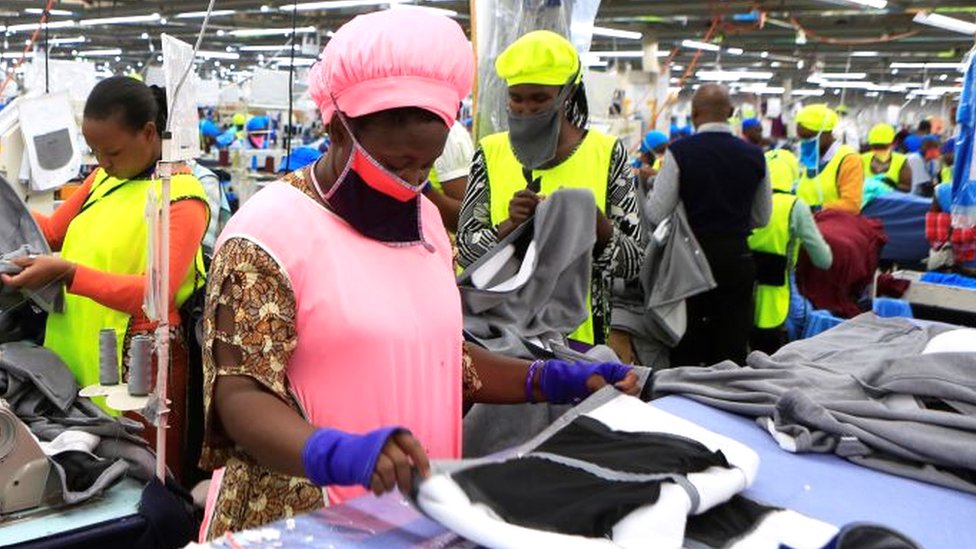 With three of the eight candidates to become the next leader of the World Trade Organization (WTO) coming from Africa, BBC Africa business editor Zawadi Mudibo looks at what difference having one of them at the helm would make for the continent.

There is a growing feeling among African diplomats that someone from the continent should be at the helm of one of the world’s top economic institutions.

Whereas an American has always led the World Bank and a European has always been at the head of the International Monetary Fund, an African has never taken an equivalent position.

But if one from Nigeria’s Ngozi Okonjo-Iweala, Kenya’s Amina Mohamed or Egypt’s Abdel-Hamid Mamdouh emerges from the long selection process as the WTO’s next director-general, the continent can feel that it is playing in the same league as the rest of the world.

The WTO sets the rules for global trade and adjudicates in trade disputes between nations. It is also, according to its website, supposed to “open trade for the benefit of all”.

The Geneva-based organisation’s ability to get global agreements of basic principles that every country signs up to has been hamstrung in recent years but the WTO leader has influence and a bully pulpit. The director-general attends G7 and G20 meeting and can broker disputes between world leaders.

But is there more to be gained for the continent aside from the diplomatic profile?

Though the director-general’s role is primarily one of an administrator, an African leader could help ensure that the interests of the continent are taken into account in WTO activities.

Trade talks may seem esoteric and take place behind closed doors, but their outcome can affect everyone’s lives.

From the small trader who crosses a border several times a month, to the consumer buying an imported item in a market, to someone with a job in a manufacturing industry: they are all affected by the rules of trade.

In Africa, trade is viewed as a driver of growth, a way towards sustainable development and as a tool for poverty eradication.

“Foreign aid will not do it for Africa. Like everywhere else throughout history it is trade,” says David Luke, head of the trade policy centre at the UN’s Economic Commission for Africa.

“So ordinary Africans will understand that an African heading the WTO shows we are serious about trade.”

Ms Okonjo-Iweala, a former finance minister, told the BBC that it was the ordinary African that she was most concerned with.

She said that she wanted to “figure out how to get women and youth, who are behind these engines of growth in Africa, to benefit more from world trade”.

She was also keen to make sure that the continent moves away from exporting raw materials and instead “adds value to the goods or products we produce for the global market.

“For instance, we import 94% of pharmaceuticals on the continent while we can produce these locally in Africa.”

Ms Mohamed, who has served as both trade and foreign minister in Kenya, told the BBC that she can bring a “fresh perspective” that was “broad [and] inclusive” to the job.

But she did not want to be judged “just as an African leader or a woman leader, but as an experienced leader [and] a consensus builder”.

On his part Mr Mamdouh, who has been negotiating on behalf of Egypt at the WTO since 1985, said his vast experience at the trade body will enable him to see how it can help the continent further.

“My agenda for Africa would be to integrate Africans more into the trading system,” he said.

“I will also call upon political leaders in African countries to pay particular attention to their trade policies.”

But implicit in this answer is that though the WTO’s director-general can lobby presidents, he or she cannot force them to act in a particular way.

The agreement, the implementation of which has been postponed by coronavirus, hopes to establish the world’s largest free-trade area.

The rules and aims of the AfCTA are compatible with those of the WTO, and an African leader of the trade body could help steer it towards more support for the continent. That could be in offering technical help, trade analysis and policy expertise, turning the dream of free trade across Africa into reality.

But just as Africa is now moving towards a freer trading environment, the rhetoric of protectionism in other parts of the world appears to be on the rise.

The trade war between the US and China, and US President Donald Trump’s America First policies seem to be turning the tide against the belief in free trade. Restrictions imposed because of coronavirus have also affected the free movement of goods.

Furthermore, the US’ refusal to approve appointments or re-appointments to the WTO body that hears appeals against the organisation’s decisions has thrown this key part of the trade body into crisis. It also threatens to undermine the WTO as a whole.

Its effectiveness in establishing new ground rules that all countries can agree on has also been challenged. In 2001, the WTO launched the so-called Doha round of talks, which was supposed to draw up new arrangements to help developing nations.

But the negotiations failed and were essentially killed off more than a decade later.

This is the context in which the next leader of the organisation will take office in November.

Given that, the immediate task of the new director-general will be to shore up the WTO and restore faith in the organisation.

It will need to be a determined figure regardless of where they are from. If one of the three Africans succeeds in the race to become WTO boss then efforts to help the continent may founder if he or she fails to strengthen the organisation.