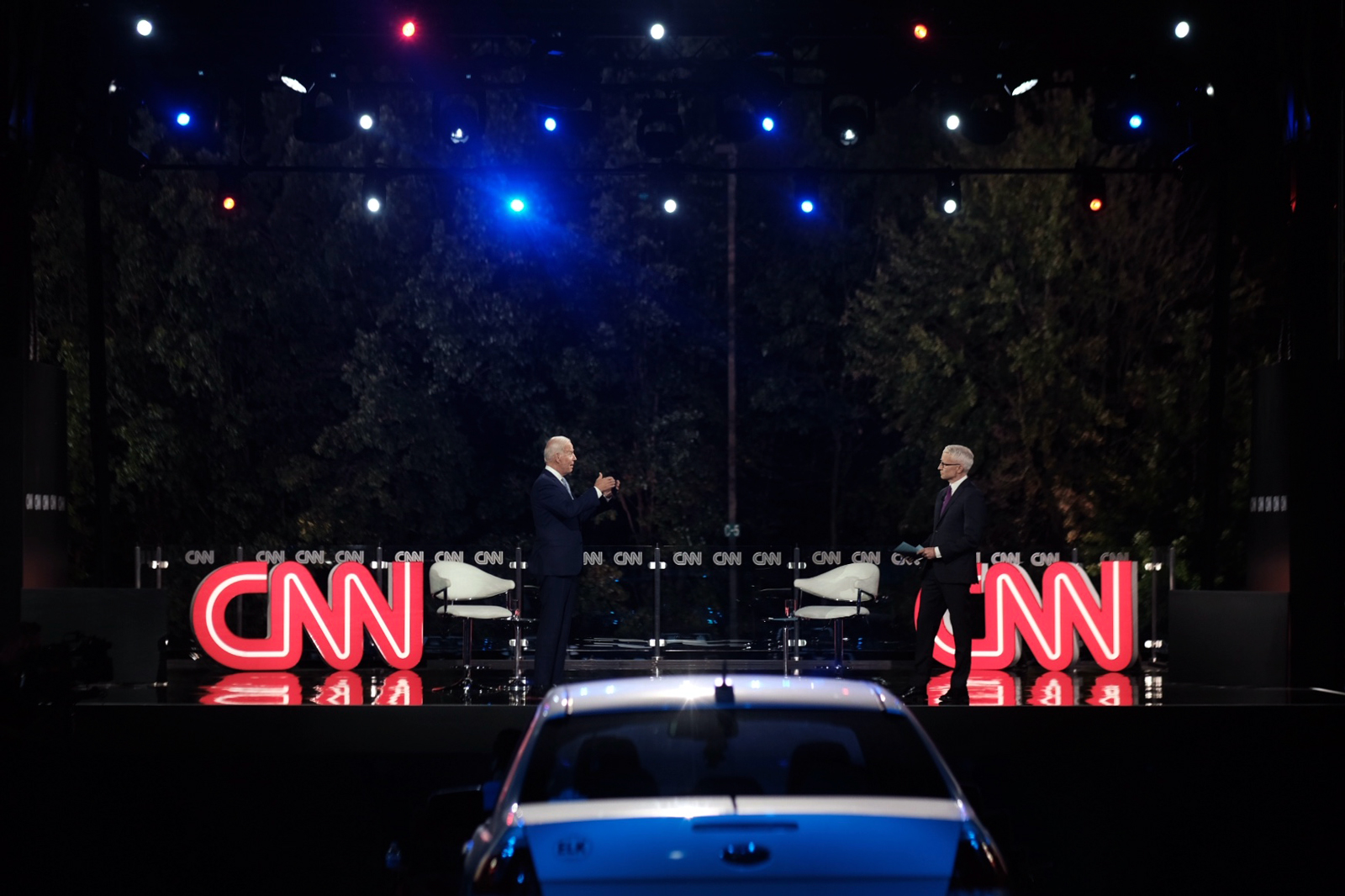 President Donald Trump has repeatedly warned that electing Joe Biden would lead to widespread civil unrest and violence in the streets.

Biden, on Thursday night, joked about the claims, reminding Americans that Trump – despite his suggestions otherwise – is the one in the White House now, currently presiding over a country that has seen peaceful protesters killed and White supremacist groups march proudly through major cities.

The “President talks about, ‘in Joe Biden’s America,’ I gotta remind him, he may be really losing it. He’s president. I’m not president,” Biden said. “

Biden repeatedly condemned, as he’s done countless times in the past few months, any kind of violent protesting, rioting or looting. He also pointed out that one of Trump’s former top aides, Kellyanne Conway, said publicly that those things were politically beneficial to Trump.

“The more chaos and anarchy and vandalism and violence reigns,” Conway said on Fox News in August, “the better it is for the very clear choice on who’s best on public safety and law and order.”

The former vice president also blasted Trump for not calling out far-right hate groups with the vigor he attacks Democratic officials and left-wing protesters.

“Folks, I am waiting for the day when (Trump) says, ‘I condemn all of those White supremacists, I condemn those militia guys, as much as I do every other organizational structure,’” Biden said.

Watch the moment play out: