Belarus: Three women stood up to Alexander Lukashenko, Europe’s longest-serving dictator. Here’s what happened to them 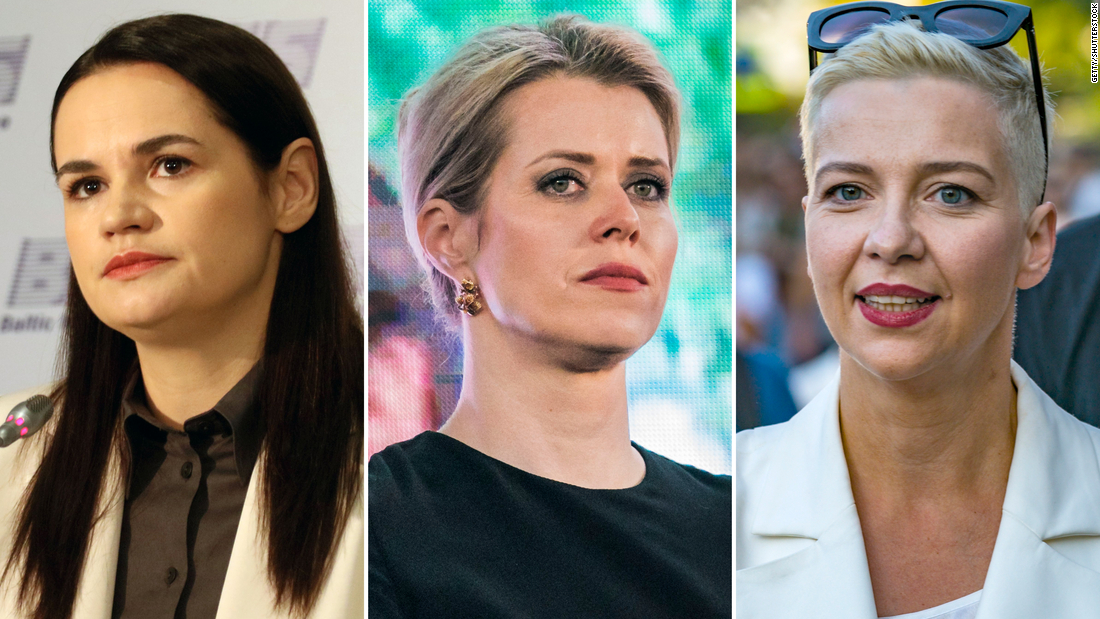 In the weeks that have followed, the country has seen mass protests from citizens who believe the vote was rigged, violent police crackdowns on those protestors and, possibly most disturbingly, three high-profile opposition figures — all of whom are women — have disappeared from public view or fled Belarus.

Belarusian state media said on Tuesday that Maria Kolesnikova, a key opposition figure, had been detained on the Belarusian side of the border between Ukraine and Belarus. The statement was made by Belarusian Border Control, and aired on state TV.

“The disappearance of the candidates demonstrates beyond all doubt the brutality of this regime and how important it is that the international community doesn’t lose interest in the appalling events that have unfolded since the election,” Tom Tugendhat, chairman of the UK’s Foreign Affairs Select Committee, told CNN.

Tikhanovskaya and Tsepkalo left Belarus in the immediate aftermath of the election, while Kolesnikova stayed and spoke out against the result. She told CNN in an interview on August 13 that Lukashenko “has to accept that the Belarusian people don’t like him and don’t like for him to stay the President of Belarus.”

Kolesnikova disappeared in central Minsk on Monday. Two of her colleagues from the Coordination Council, the main Belarusian opposition group also disappeared shortly after.

Her colleagues passed through the Alexandrovka checkpoint into Ukraine at 4 a.m., according to Belarusian Border Control. Kolesnikova did not.

Speaking to CNN’s Christiane Amanpour from her exile in Ukraine on Monday, Tikhanovskaya said: “At the moment, members of the Coordinated Council I created are chased, kidnapped and harassed. And it’s worrying me a lot, because at the moment we still don’t know where Maria Kolesnikova is.”

She had publicly questioned the result of the election, demanding a recount after the Central Election Commission announced that she had only won 9.9% of the vote.

“We do not recognize the election results,” she said. “We have seen real protocols. We urge those who believe that their voice was stolen not to remain silent.”

Tsepkalo, who served as an adviser to Tikhanovskaya, meanwhile, fled Belarus for Moscow for safety reasons before the election took place, her campaign told CNN.

Tsepkalo’s husband Valery Tsepkalo, the former Belarusian ambassador to the US, was not allowed to register as a candidate and had previously gone to Russia with their children, fearing for their safety after receiving threats of arrest.

The family is now in exile in Poland. Tsepkalo told Reuters on August 19 that the “only legitimate President is Svetlana Tikhanovskaya … our main aim is just to make Lukashenko go,” adding that she would like to go back to Belarus but understands the chances of her going to jail are “very, very high.”

Sebastian Shukla in London, Mikalai Anishchanka in Minsk, Denis Lapin in eastern Ukraine and Mary Ilyushina in Moscow contributed to this article.

Australia Vs India: Kuldeep Yadav Should Start Ahead Of Chahal In First T20I, Says Sunil Gavaskar