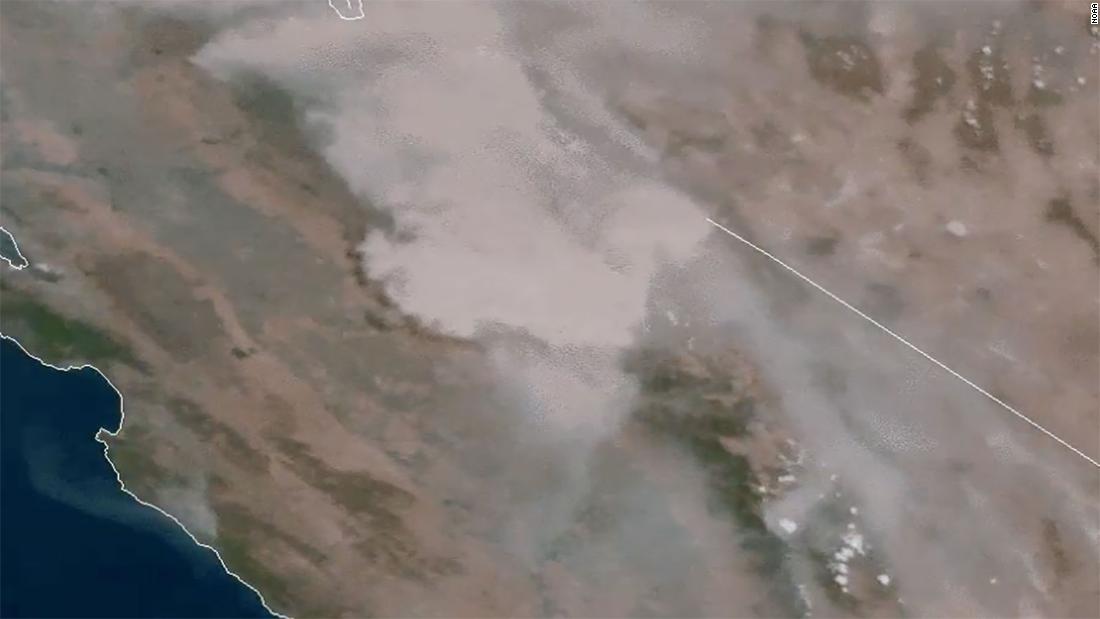 The wildfire has already scorched 152,833 acres in its four days of burning through the Sierra National Forest. It’s been generating weather, which is in turn is fueling its growth.

Imagery from NOAA’s GOES-17 satellite is showing just how big the Creek Fire thunderhead got.

These wildfire-created thunderhead clouds, or pyrocumulonimbus clouds, occur because the fire-heated air rises and carries water vapor up, causing the thunderheads. Common sense would suggest rain clouds would help firefighters knock down the blaze.

But the rain creates wind that gives more oxygen to fuel the fire and can cause it to jump fire lines.

Thunderheads are also well known for their lightning, which can create new fires.