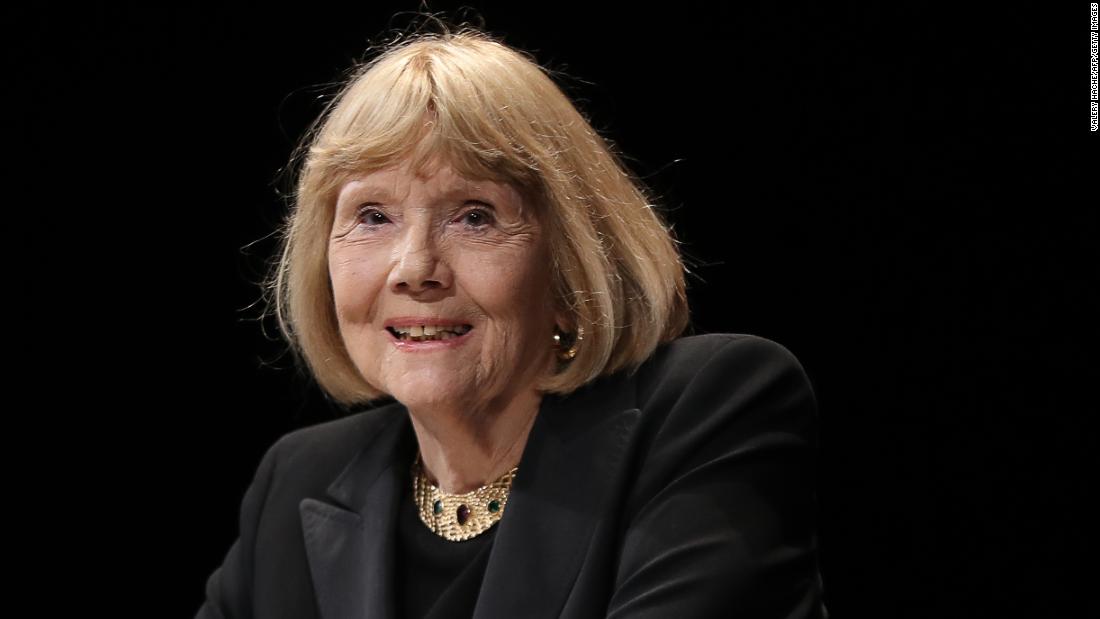 “It is with tremendous sadness that we announce that Dame Diana Rigg died peacefully early this morning,” her agent Simon Beresford said in a statement. “She was at home with her family who have asked for privacy at this difficult time.”

Her daughter Rachael Stirling said her mother died peacefully in her sleep after she was diagnosed with cancer in March. She said her mother “spent her last months joyfully reflecting on her extraordinary life, full of love, laughter and a deep pride in her profession.”

“I will miss her beyond words,” Stirling added.

Rigg, who won an Emmy award in 1997 for her performance as Mrs Danvers in “Rebecca” and a Tony award for playing the title character in “Medea,” was also a Bond girl in 1969’s “On Her Majesty’s Secret Service.”

More recently, Rigg found fame with a new generation of fans as Lady Olenna Tyrell in “Game of Thrones,” but perhaps her most definitive role was secret agent Emma Peel in “The Avengers,” in the classic series that was later adapted into the 1998 movie starring Ralph Fiennes and Uma Thurman.

Rigg was twice Emmy-nominated for her 1965-68 stint playing the catsuit-wearing, kickass spy opposite Patrick Macnee’s bowler-hatted and besuited agent John Steed.
She won a special BAFTA (British Academy of Film and Television Arts) award in 2000, alongside Honor Blackman, Joanna Lumley and Linda Thorson, who all appeared in the series.
Rigg also won a BAFTA in 1990 for her part in TV series “Mother Love.”

Daniel Craig, among others, called Rigg’s Teresa “Tracy” di Vicenzo one of the best Bond girls of all time. The only woman to actually marry Bond, di Vicenzo is killed shortly after they tie the knot in “On Her Majesty’s Secret Service.”

George Lazenby, who played James Bond in the movie, paid tribute on Instagram to Rigg and the “memorable cinema moment” that came when her character died.

“She undoubtedly raised my acting game when we made On Her Majesty’s Secret Service together in 1968-9,” he wrote. “We had fun together on the set of the movie in Switzerland and Portugal. Her depth of experience really helped me.

“As my new bride, Tracy Bond, I wept for her loss. Now, upon hearing of Dame Diana’s death, I weep again. My deepest condolences for her family.”

Actor and writer Mark Gatiss, who also appeared in “Game of Thrones” and wrote a “Doctor Who” episode for Rigg and her daughter, tweeted: “It was my great joy and privilege to have known Diana Rigg. From three slightly hysterical months at the Old Vic in ‘All About Mother’ to writing The Crimson Horror for Diana and her wonderful daughter Rachael. Flinty, fearless, fabulous. There will never be another. RIP.”

Edgar Wright, who directed Rigg in the upcoming film “Last Night in Soho,” tweeted: “What to say about Diana Rigg? I could talk about her incredible career, but for now I’ll just say as a lifelong fan, it was beyond a thrill to work with her on her final film. She exceeded all my highest expectations, so blazingly talented, fiery & funny. Miss you already Dame D.”

5 thoughts on “Diana Rigg dead: ‘Avengers’ and ‘Game of Thrones’ star dead at 82”