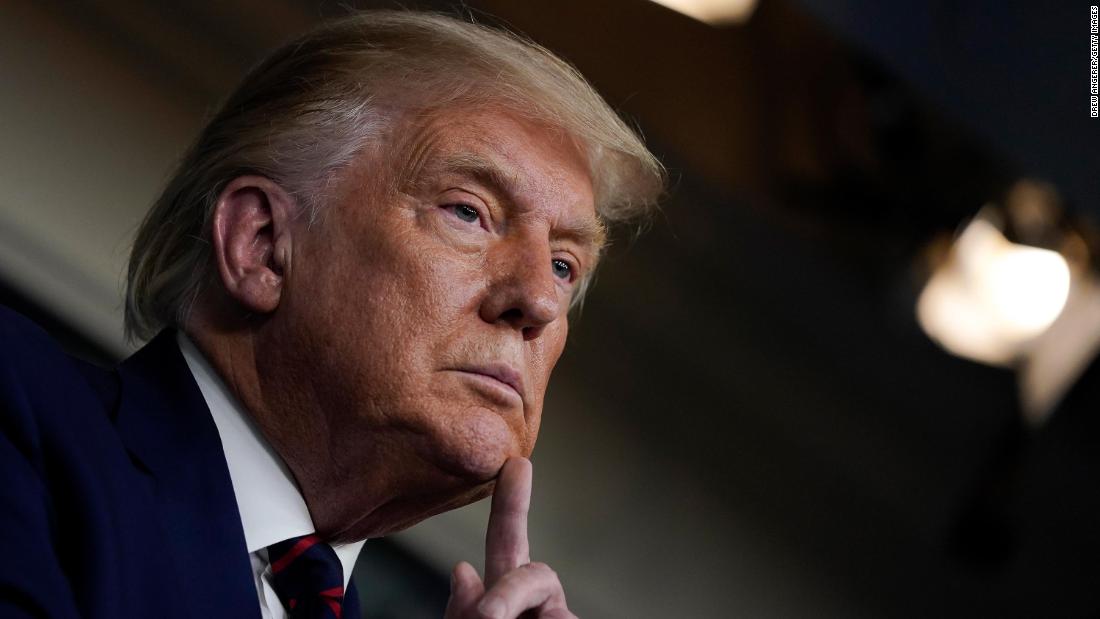 “If Bob Woodward thought what I said was bad then he should have immediately, right after I said it, gone out to the authorities so they can prepare,” Trump said at a official White House press conference on Thursday afternoon.

Just to be very clear at what Trump is saying here, let’s go through it step-by-step:

1. In a series of interviews beginning in December 2019 and ending in July 2020, Trump talks to Woodward, the legendary Washington Post reporter, about — among other things — how the coronavirus is transmitted (via droplets in the air), how much more serious it is than people realize and how he is purposely downplaying that severity to the public.

2. Woodward collects this information — and lots of other information — into a book entitled “Rage” that is set to be released on Tuesday.

3. When audio of Trump’s conversations with Woodward leaked, he defended his assertions that he was intentionally downplaying the virus by noting that Woodward never went to the “authorities” when he heard what Trump was doing.

There’s just one tiny little problem with this defense: BOB WOODWARD IS NOT THE PRESIDENT OF THE UNITED STATES.

There is, without doubt, a worthy debate to be had as to whether Woodward, who technically works for the Post but in practical terms has been writing books for years now, should have immediately gone to the Post after Trump made his statements about downplaying the virus and demanded space on the website (and in the next day’s paper) to write a big contemporaneous piece about it.

But that conversation pales in comparison to this one: If the President of the United States knew that Covid-19 was worse than people thought — and worse than he was letting on by comparing it to the seasonal flu — why didn’t HE go tell the American public about it?

Trump’s stated reason for downplaying the virus was to avoid “panic.” But that notion creates a false choice. It is simply not true that Trump could only either a) create total panic by telling the public the truth about what he knew about Covid-19 or b) downplay the severity of what he knew about the virus in order to maintain calm.

That’s not an either/or! And even if it was an either/or, it still wouldn’t excuse what Trump did. He didn’t just downplay the virus. He openly mocked mask-wearing, one of the only proven tactics we have to mitigate the spread. He pushed hydroxychloroquine as a treatment for the virus, even though the FDA revoked its emergency use authorization for the drug in mid-June. Heck, he even suggested that people might benefit from shining a bright light inside their bodies or ingesting disinfectant to combat the virus.

That’s MUCH more than just downplaying what he knew about coronavirus. That’s openly rejecting science in favor of personal opinion and political point-scoring.

And so, this defense — like so many of Trump’s excuses, rationalizations and blaming — crumbles on even the slightest inspection. And proves yet again that Trump simply does not understand the responsibilities that come with being president or the moral burden that running for and winning the job confer.