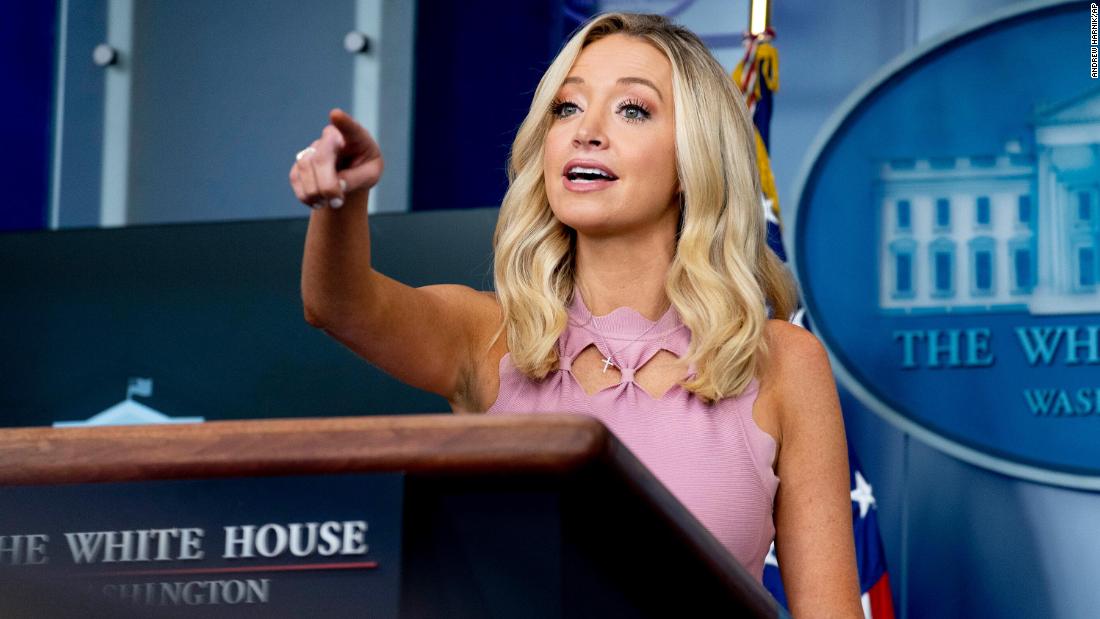 But that doesn’t mean there weren’t other stories worthy of your attention.

In fact, something White House press secretary Kayleigh McEnany said during an appearance on Fox News (of course!) earlier on Wednesday would have been a MAJOR story had the Woodward book not leaked.

Smith: “What does election night look like? And — and there’s so many different scenarios that could play out. And will we know who the next president is on election night?”

McEnany: “Well, if Democrats have their way, we won’t. Look at New York. Look at what happened in New York when they tried this mass mail-in voting that overwhelmed the system. We didn’t know the victor of that race for weeks. And as the President has said before, we don’t even know if we got an accurate result in that race. …

“… What we want election night to look like is a system that’s fair, a situation where we know who the president of the United States is on election night. That’s how the system is supposed to work. And that’s ultimately what we’re looking for and what we’re hoping for.”

What we have here is simple: The official spokesperson for the President of the Unites States, appearing on the preferred network for a large number of conservatives in the country, suggesting openly that a) Democrats don’t want people to know who won on election night and b) if the results aren’t known on election night it means that the “system” has broken down.

What McEnany is doing is laying the groundwork for Trump to contest the election — and for his supporters to back him on it — if we don’t have a declared winner on November 3.

This flies in the face of two facts: 1) There will be considerably more mail-in balloting in November than in previous elections, as states seek to give voters maximum flexibility amid the coronavirus pandemic and 2) There is simply no evidence of any sort of broad voter fraud in either mail-in or in-person ballots. (Don’t believe me? Maybe you’ll believe esteemed Republican election lawyer Ben Ginsberg.)

McEnany knows those facts. Or should — as the spokesperson for the President of the United States.

But instead of doing everything she can to persuade people that this election will be fair even if we don’t have a declared winner on election night (we are, after all, still in the midst of battling a virus that has killed more than 190,000 Americans), McEnany is instead sowing doubts about the validity of the election. And doing so not only without any proof of her contention of potential hijinks but also with loads of contrary data that suggests the election will be aboveboard.

The Point: McEnany is doing the bidding of President Trump here. But, in the words of Paul Newman in “Cool Hand Luke”: “Calling it your job don’t make it right.”