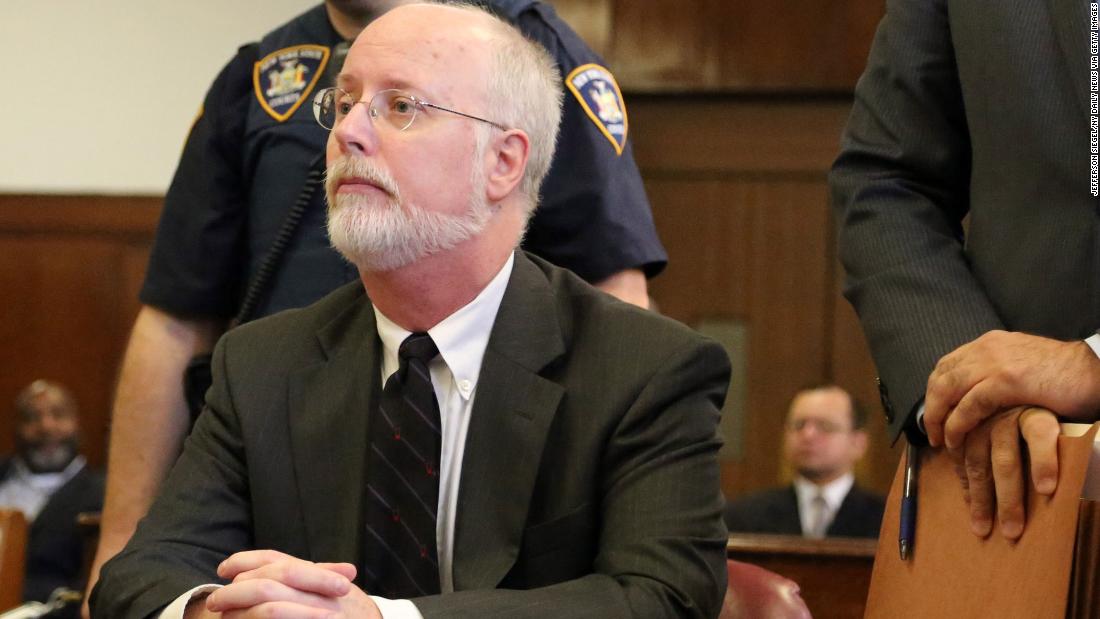 The unsealed indictment in US District Court for the Southern District of New York accuses Robert Hadden, 62, of six counts of enticing and inducing dozens of victims to travel to his medical offices in New York and subjecting them to unlawful sexual abuse from about 1993 to 2012, according to prosecutors. The charges involved a minor and five adults.

Each count carries a maximum sentence of 20 years in prison.

Acting US Attorney Audrey Strauss at a news conference called Hadden “a predator in a white coat.”

Hadden’s attorney declined comment. The former doctor was to appear before a federal judge later Wednesday.

He was arrested Wednesday morning and charged with enticing and inducing six victims to travel interstate to engage in illegal sexual activity, Strauss said in a statement.

The women who came forward to accuse the doctor included Evelyn Yang, wife of the former Democratic presidential candidate. She told CNN in an exclusive interview in January that she was sexually assaulted by Hadden.

CNN Investigates reported in February that dozens more accusers had come forward and new evidence had emerged that indicated Columbia University officials were warned about Hadden’s behavior in the mid-1990s.

CNN obtained a letter from a former patient to Columbia officials in 1994 that spelled out her allegations of sex abuse by Hadden. The head of the hospital’s Department of Obstetrics and Gynecology unit responded with a letter to the patient acknowledging receipt and saying her concerns would be addressed — but the accuser says the official never got back to her.

Columbia at the time said the university was “deeply disturbed by the accounts of Robert Hadden’s behavior that are now emerging.” The school did not say what was done about the letter and whether an internal investigation was launched.

In a statement Wednesday, Yang thanked prosecutors “for bringing these charges against Dr. Hadden.”

“They are long overdue. This physician abused dozens of women, including minors, under the guise of practicing medicine and should not be walking free.”

Yang said she was not one of the accusers identified in the indictment.

Federal authorities asked that anyone who may have worked with the former OB/GYN to come forward if they noticed suspicious behavior.

“For many victims, Hadden was their first gynecologist,” she added. “Many of Hadden’s victims did not know what to expect during an OB/GYN examination and were less likely to challenge Hadden when he engaged in sexually abusive behavior. Many didn’t know that his examinations were inappropriate and so returned to see him for years.”

The former doctor allegedly “sought out and abused” one girl who he himself delivered as a baby and “inflicted her with the same abuse he inflicted upon adults,” Strauss said.

Hadden allegedly “used his position as a medical doctor at a prominent university … to make or to attempt to make his victims believe that the sexual abuse he inflicted on them was appropriate and medically necessary,” according to the unsealed indictment. He allegedly “encouraged his victims to return to see him and often directed his victims to schedule follow-up visits on timelines he set.”

The indictment accuses the doctor of creating “opportunities to be alone with his victims,” sending nurses and medical assistants out of the exam room, attempting to “develop a rapport with them and put them at ease by asking them questions about their personal lives and telling them about his own life and family,” and bringing “up inappropriate and medically irrelevant sexual topics without prompting from his patients.”

The Manhattan District Attorney’s Office, which made a plea deal with Hadden in 2016 over sexual abuse charges, told CNN its office provided substantial assistance to the federal investigation.

The office also noted a continuing investigation which examines potential failures by his employer, is “intensely active and ongoing.”

Hadden, formerly a doctor in Columbia University’s hospital system, was facing nine charges relating to sexual abuse allegations when he made the plea deal. He pleaded guilty to two counts: criminal sexual act in the third degree and forcible touching.

Allegations made by Yang and others earlier this year sparked outrage over the terms of the deal: Hadden had surrendered his medical license, but received no prison time, probation or community service.

Since Yang’s interview, dozens of new Hadden accusers brought their allegations to attorney Anthony DiPietro, who filed a civil suit against Hadden and Columbia University in 2019.

The still pending lawsuit against Columbia University, its affiliates and Hadden, argued that they “actively concealed, conspired, and enabled” Hadden’s sexual exploitation.

In court papers, Hadden had denied the allegations except those in his prior guilty plea.

Columbia and the hospital system have contested the suit on procedural grounds.

On Wednesday, hospital spokeswoman Maxine Mitchell-Ramsay said in a statement:

“The trust that patients place in their physicians is sacred. Robert Hadden’s abhorrent actions violated that sacred trust and damaged women’s lives. We will continue to condemn his horrific conduct and provide our full cooperation to law enforcement as it works to ensure that justice is served.”

Election results: How to spot a red or blue ‘mirage’ in early election night results

Covid-19 effect – he was ‘a bit confused’ at the start of IPL 2020, admits Mumbai Indians’ Quinton de Kock

Election results: How to spot a red or blue ‘mirage’ in early election night results