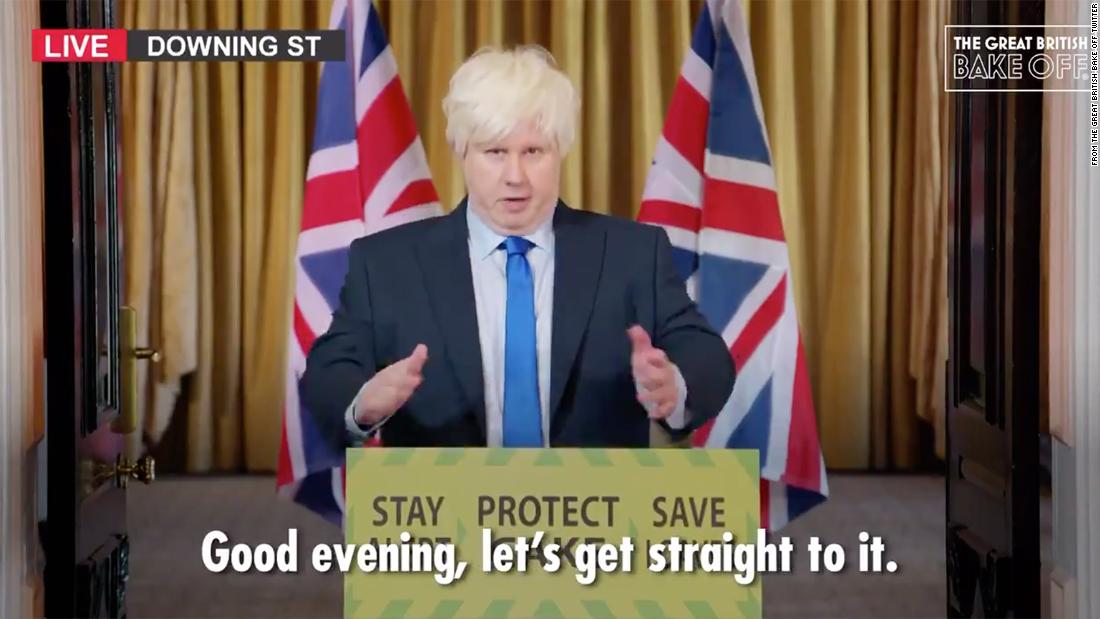 He added: “We are asking people to use common sense with regards to the distribution of hundreds and thousands.”

Co-host Noel Fielding — introduced by Lucas as “the lady in the funky dress” — then appeared via video link to ask a question about the correct pronunciation of “scone.”

Coincidentally, the skit aired minutes after Johnson addressed the nation about new measures to curb the spread of coronavirus — including a 10 p.m. curfew for restaurants and bars in England.
This is not the first time Lucas has taken aim at Johnson. The star went viral back in May after sharing a video on Twitter following Johnson’s announcement of the “careful steps” the government planned to take to ease lockdown restrictions.

Lucas seized the opportunity to share his interpretation of the messaging, which was widely criticized for a lack of clarity.

“Stay indoors, if you can work from home go to work, don’t go to work.”

“Go outside, don’t go outside. And then we will, or won’t, something or other.”

Assange’s lawyer: He will not get a fair trial if extradited | United Kingdom News