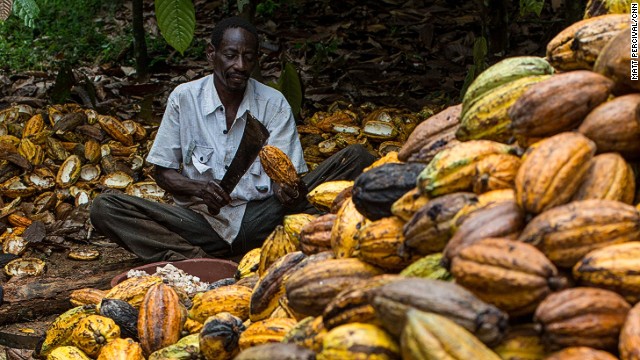 Child labor increased in the world’s top cocoa producer during the coronavirus lockdown, according to a report in June by the Swiss-based International Cocoa Initiative (ICI).

“We conducted this operation this morning in the two major cocoa-producing cities … and arrested the farmers who were employing them in their fields,” police commissioner Luc Zaka said.

The children were shelling cocoa pods in a field near approximately 20 adults, Zaka said. Initially planned for May and June, the operation was postponed because of the novel coronavirus pandemic.

The Ivorian government introduced restrictions on March 16, including closing schools and partially sealing its external borders. Most of those measures have now been lifted.

In December last year Ivorian police rescued more than 100 children from cocoa plantations during a similar operation in the east of the country.

More than 1 million children work illegally on cocoa plantations in the west African country, a figure that has been rising steadily over the last decade, according to charities working in the sector.

“Now that we have more means, we can deploy faster to all corners and carry out these kinds of operations,” Zaka said.

Aadhaar Card: Is Your Aadhaar Card Real Or Fake? Just One Click To Know And Easily Find Out